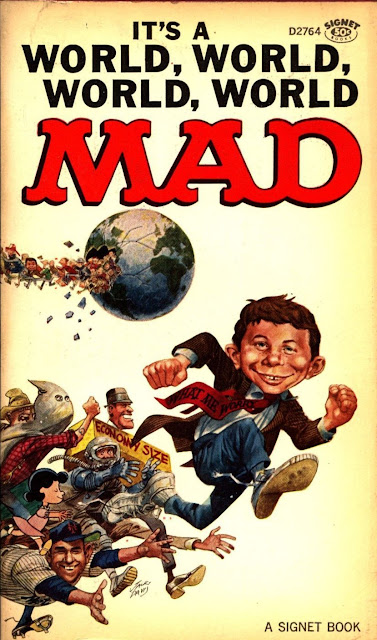 Jack Davis ruled the Earth once upon a time. There seemed like there was no place on the planet one could venture to without seeing a Jack Davis image plastered somewhere on an ad, in a magazine, or otherwise. Davis was just one more member of the "Usual Gang of Idiots" and drew many an offbeat piece for MAD. Unlike other of my favorite artists, I don't associate Davis with any particular feature in the magazine. He'd do unusual gags or he could once in a while do a parody. 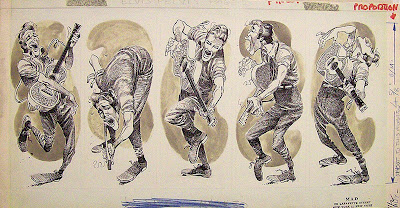 Mostly with Davis, what you had was an artist who had captured the zeitgeist of the time in the real world and who was at the same time creating parodies of it. A Davis image is full of vital energy and antic movement and his potent lines make mincemeat of the things they depict. 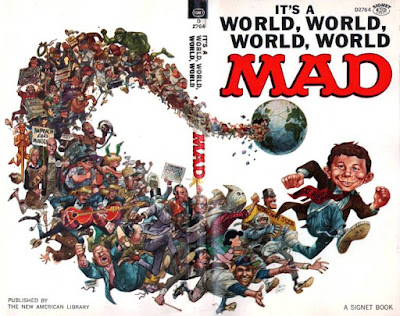