Wrath Of The Spectre! 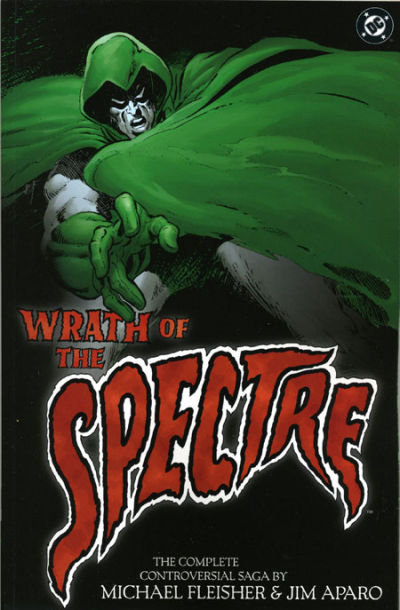 Just wrapped up reading Showcase Presents The Spectre. This giant reprint volume offers nearly all the Spectre stories from his Silver Age debut in Showcase the middle 60's to an appearance in The Brave and the Bold in the next-to-last issue of that venerable team-up title from the early 80's. 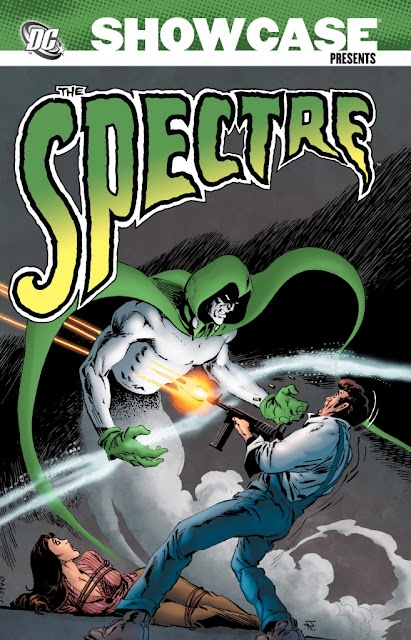 The early stories by Gardner Fox and Murphy Anderson have a real polished charm, a clean-cut shout out to Lovecraftian mythology. The wacky Neal Adams stuff has a more immediate sense, a modern feel even today. I rather enjoyed Jerry Grandenetti's take on the character too.  The later issues of the original run show how the Spectre should be a force for justice and good and not vengeance.

That idea gets turned on its head in the utterly compelling Michael Fleisher and Jim Aparo take on the character of the middle 70's. The discarnate denizen of Gateway City is thrown into the grim streets of New York and colorful and inventive vengeance is the order of the day. Joe Orlando ordered up horror and he got it in spades. These stories read swiftly and hold their power even now some decades later. 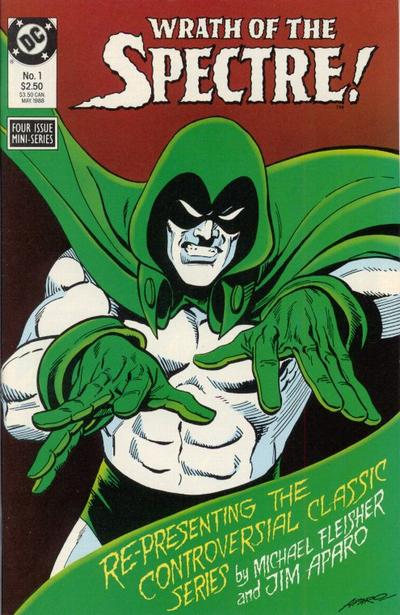 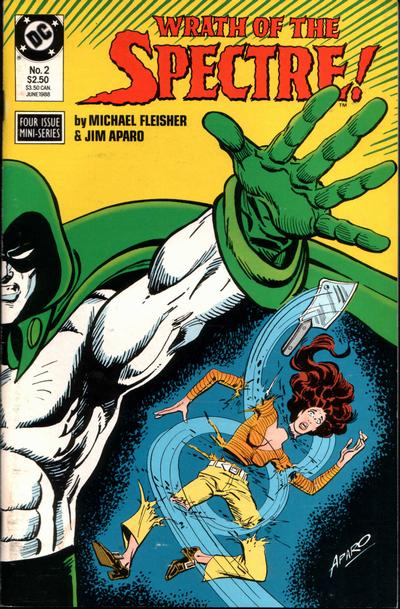 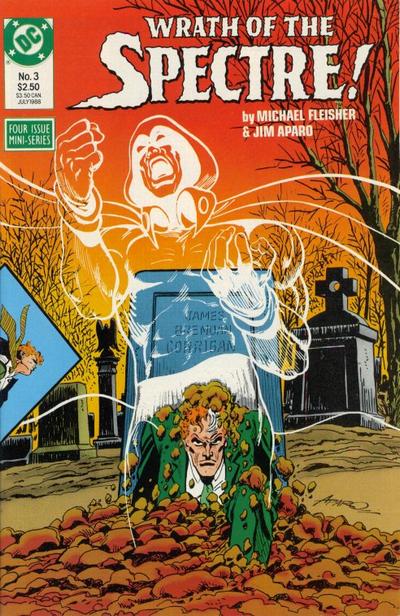 In 1988 the series was reprinted under the title "Wrath of the Spectre" and at that time three scripts by Fleisher were still laying about waiting for Jim Aparo to get talented his mitts on them. The editors complied and so three "new" Spectre stories were created which in many ways finish the series. These stories are not included in the Showcase volume, so to read them you have to get hold of either the fourth issue of the reprint series from the 80's or the great color reprint trade from several years ago. I dug my copy out and enjoyed them utterly, though the art has lost its edge a bit, but the stories themselves still have plenty of bite. 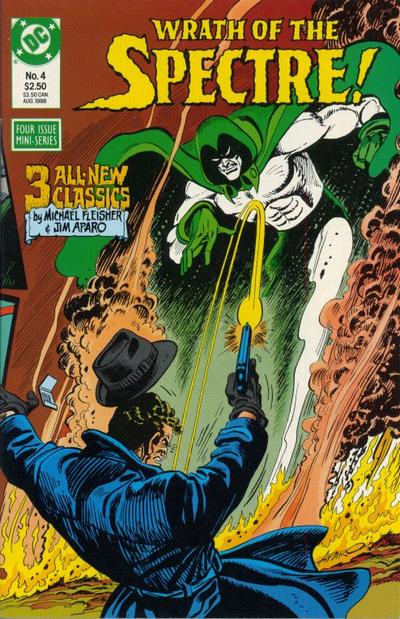 For someone who really liked those Adventure Comics stories, it was neat to see the old-fashioned Spectre and the newer grimmer version side by side. Both are artistically successful creations, but very different in their worldviews and in their thematic focus.

Both volumes reprinting the Spectre stories are highly recommended.