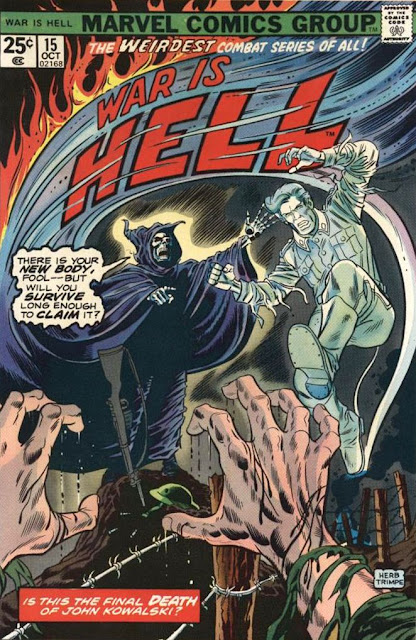 War is Hell is arguably Marvel's most in-your-face title of all time. The cover above by Herb Trimpe for the final issue shows off his distinctive but robust style quite effectively. The logo is beautifully blended into the whole scene. The point of view is quite dramatic as we see this as the dying soldier sees it.

The comic was launched to house vintage Atlas reprints, but limped along until someone got the bright idea to initiate a new series. This  new series featured a dead war hero named John Kowalski who was condemned by Death itself to wander from war to war becoming a different soldier each time just before his demise. This book was Quantum Leap before its time, but with an even better premise to my mind.

Here are the rest of the grand covers, all done by the late great Gil Kane. Tom Palmer seems to be the inker of choice on several of them. 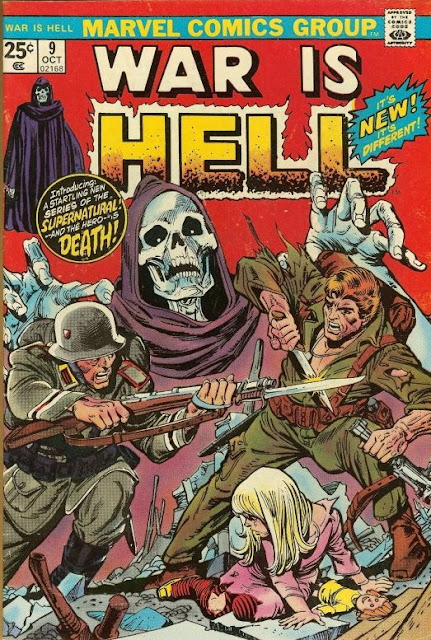 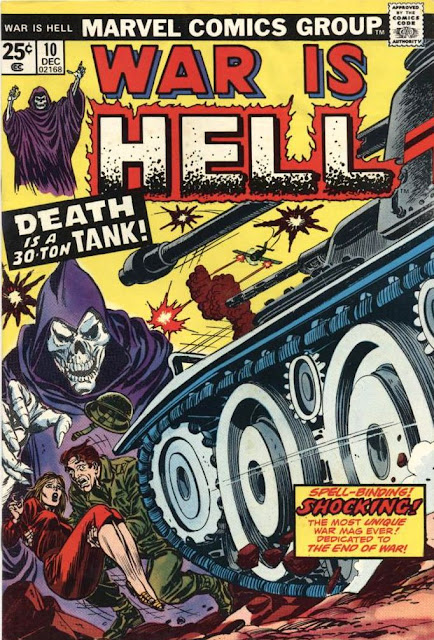 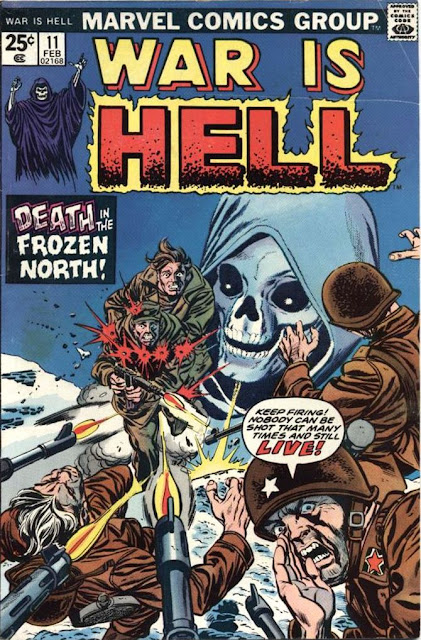 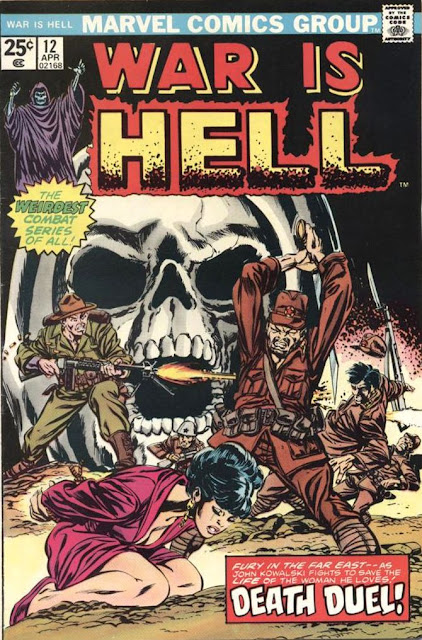 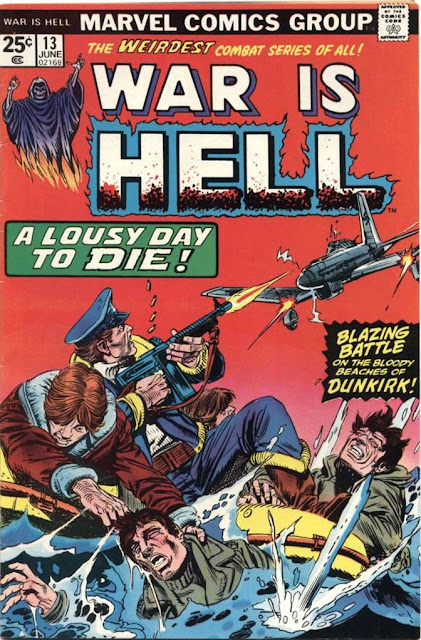 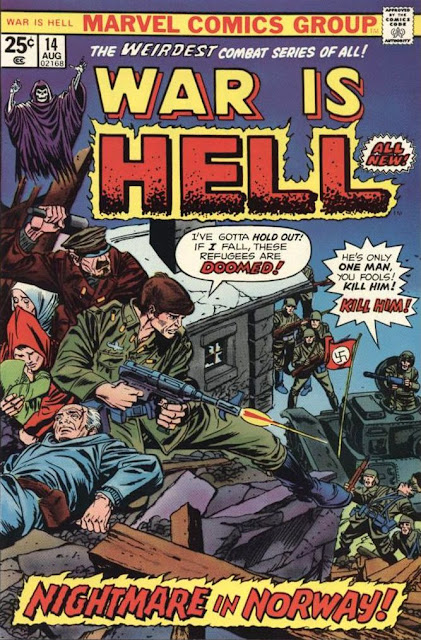 Someone asked in response to an earlier post if I own the comics I feature here. The answer is mostly I do, but I do not own this series. For whatever reason it didn't register on my superhero-soaked noggin at the time. 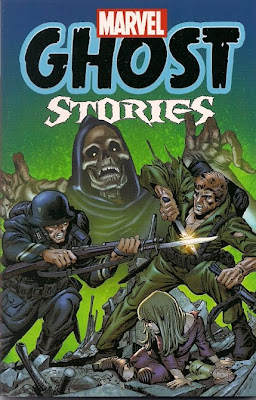 I'm not aware that it's been reprinted save for the debut in a collection titled Marvel Ghost Stories a while back and more recently the second volume of Marvel Firsts . I'd love to find out I'm wrong on that score.