The Ghost Is Grim! 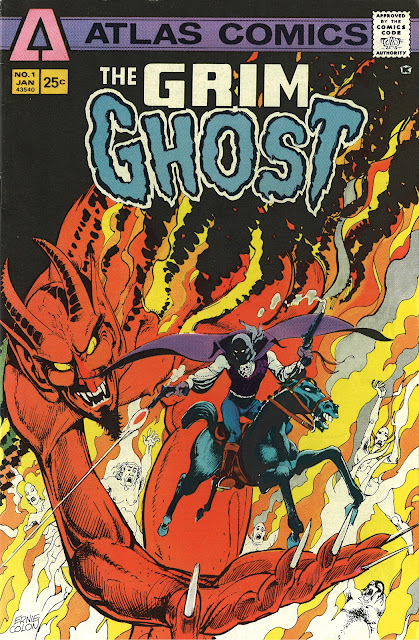 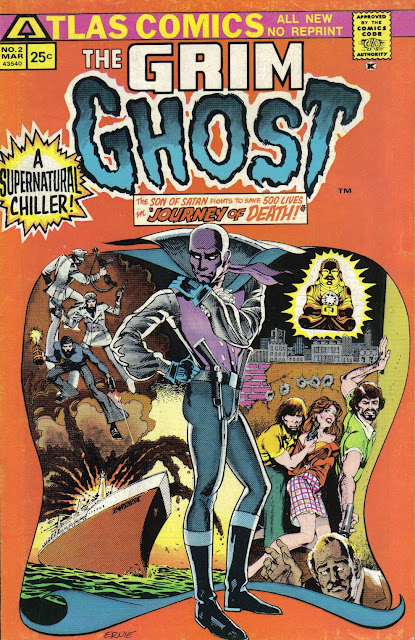 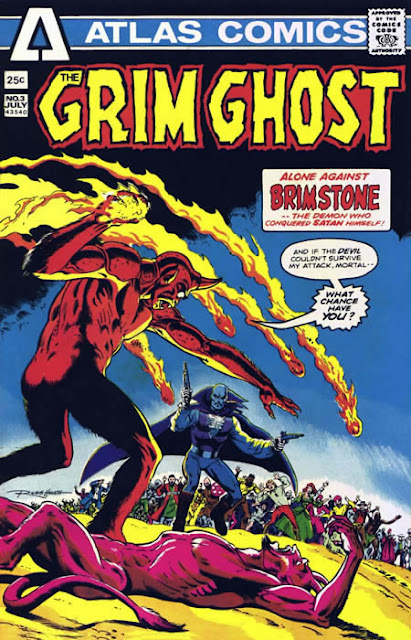 The fiery upstart which was Atlas-Seaboard Comics smacked the comics world in the nose with a deluge of dandy comics rendered by some of the top talent of the day. Within a matter of a few months the company was on the ropes, but in that brief eruption of volcanic creativity we did get some highly memorable characters.

None less so than The Grim Ghost. This comic was a different kind of comic from the get-go. The "hero" was a brash and murderous highwayman from the American Colonial period who is tricked by Satan (who ain't) and a beautiful woman (who ain't) and ends up in the modern day, an irascible wraith who is doomed to find and condemn those just like him into Satan's clutches.

The story  by Michael Fleisher has a powerful punch and features some of Ernie Colon's best straight comic artwork ever. Here's a very groovy link showcasing the complete origin tale.

But like all of the Atlas-Seaboard line-up things changed quickly as the quality and direction of the comic shifted downward, in the case of Grim Ghost less so than other titles thanks to the dedication of Colon. By the third issue, with a new logo already,  a new writer in Tony Isabella, and under a handsome Russ Heath cover, the book like its protagonist died. But the Grim Ghost haunted the memories of many fans, myself included. 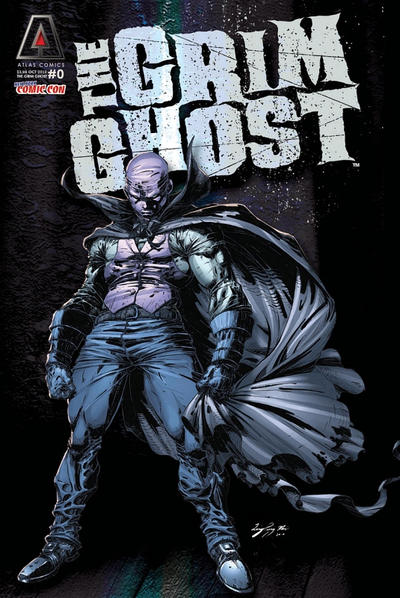 The recent Atlas-Seaboard revival saw the Grim Ghost brought back once again from the dead, but I have to confess the magic didn't work this time out. While arguably the best of the revived comics, the art was rather difficult to decipher despite Tony Isabella's scripting. The charm that Colon brought to the affair was singularly missing from this new effort. The Ghost was grim indeed.

Oh well, there is still that awesome origin story.