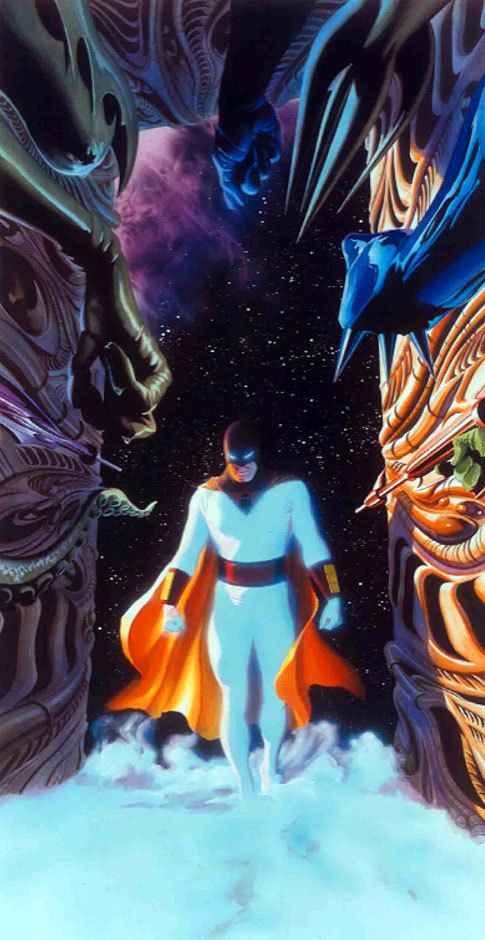 Few artists "get" Space Ghost like Alex Ross. Ross is a wonderful painter, able to bring high-fantasy concepts into a real world relief which gives them at once a greater sense of reality and nobility to boot. He's not always fully successful with his adaptations, but in the case of Space Ghost he hits home runs nearly all the time. Just glance at this cover gallery for DC's unfortunate series. 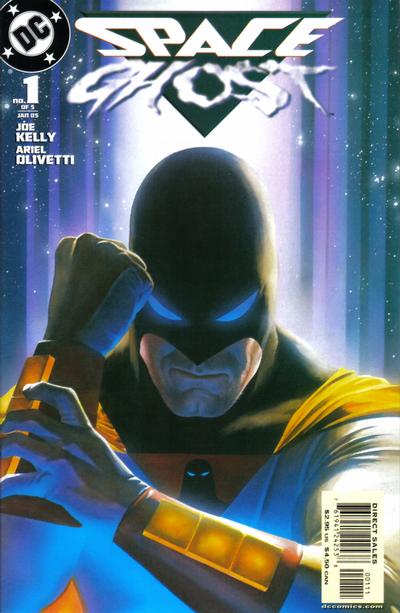 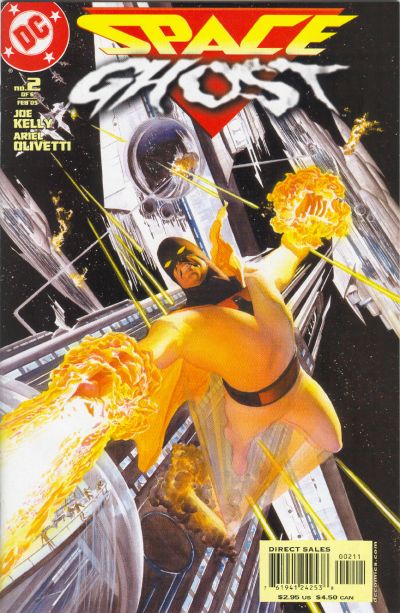 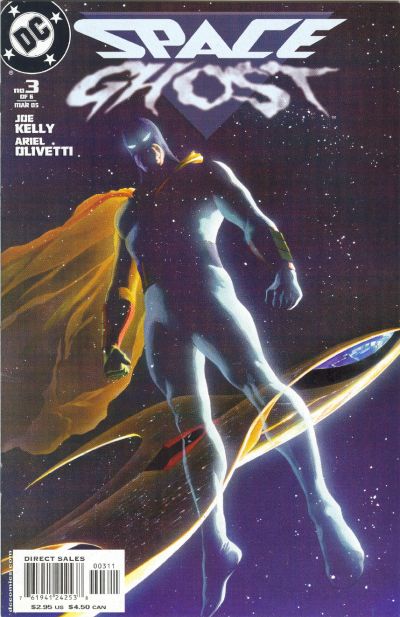 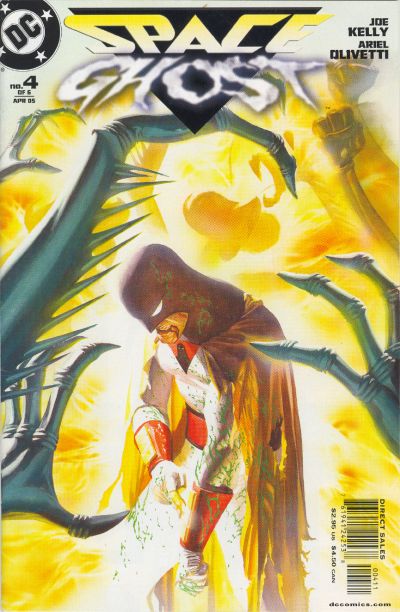 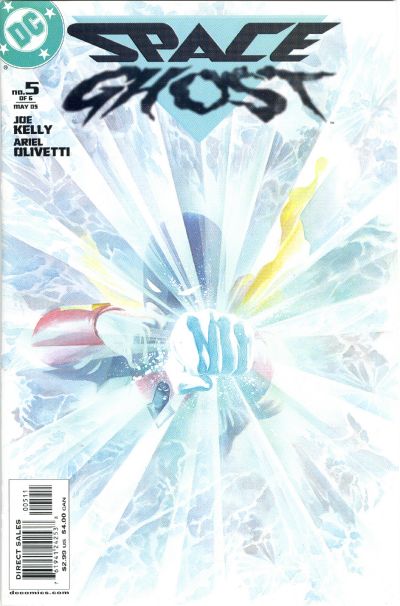 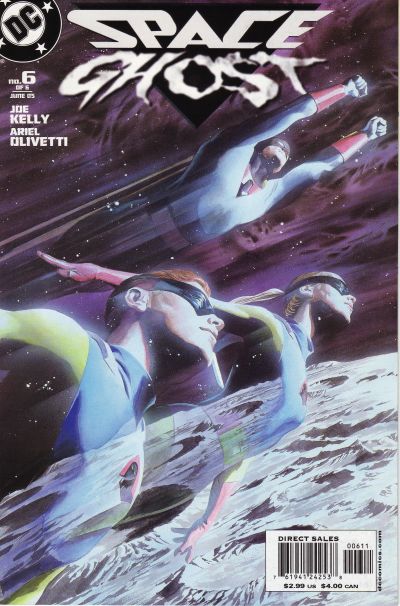 Whatever one thinks of the series, and I have mixed emotions about it, it was a noble effort to bring some greater depth to the characters. I don't necessarily dislike the back story they crafted, but there was unfortunately a real misfit between the content and the interior artwork on his series. Ariel Oliveti is a fine artist, but not the one for this particular effort. 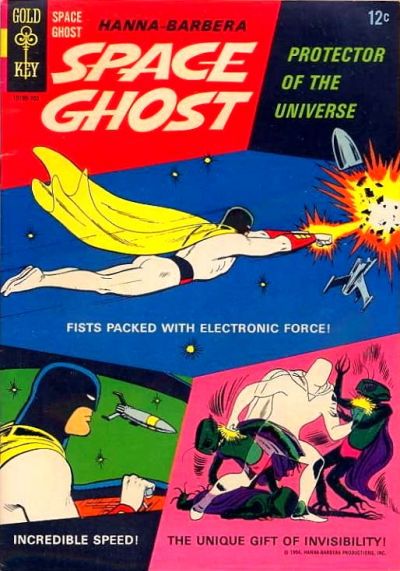 There have been failed efforts to bring Space Ghost to the newsstands before, such as Gold Key's back when the TV series was still running. It's the most like the cartoon of any thanks to Dan Spiegle's crisp art and storytelling. 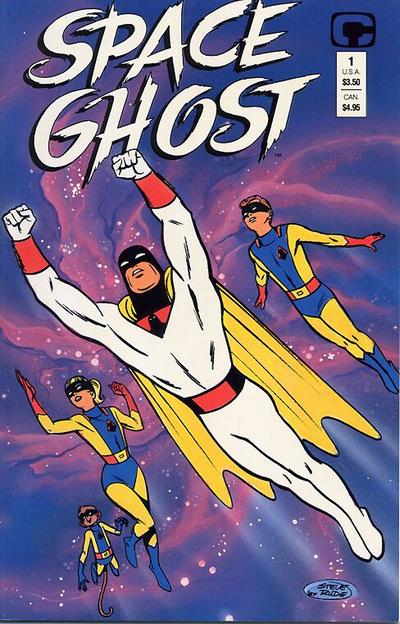 The Steve Rude effort for Comico in the late 80's is fondly remembered by most folks, me included. Rude does a dandy Space Ghost too, as evidenced by this classic cover. Rude reveals in the latest issue of Back Issue that he was the one who recommended Scott Rosema to handle the art chores when Archie Comics tried to bring the character to the stands in the 90's. Rosema does a worthy job. 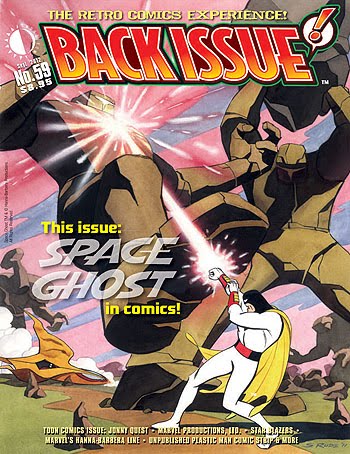 Space Ghost is a hard character to handle. Alex Toth  designed a noble hero who is deceptively simple to draw, but  exceedingly difficult to capture. Artists have been at it for decades now.