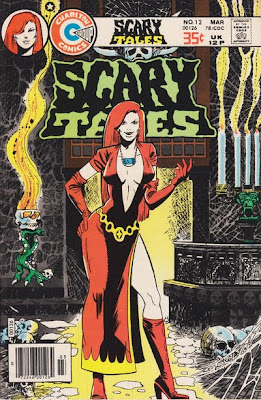 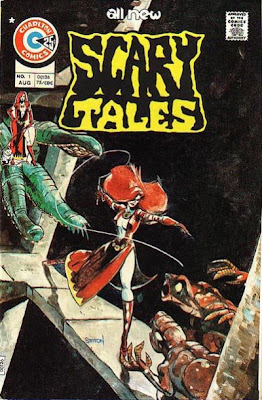 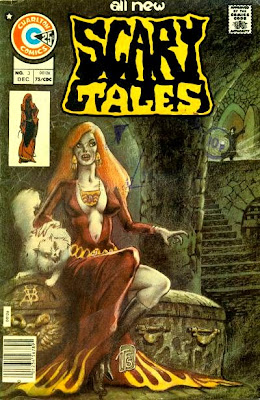 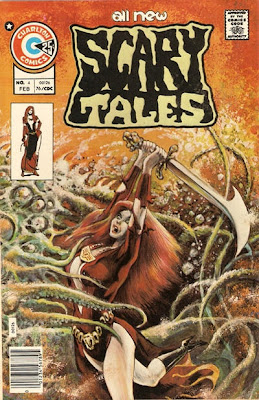 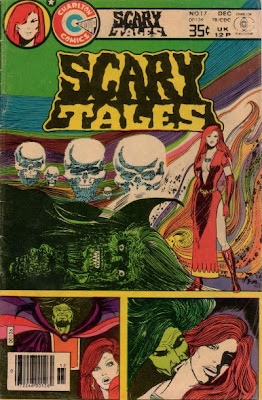 Demetrio Sánchez Gómez
I've featured some these covers before. But here are all of the Baroness R.H. Von Bludd's Charlton cover appearances that I'm aware of. She's a beauty, if a dangerous one and a worthy rival (visually at least) to her obvious inspiration Vampirella.

She was created by Nick Cuti and Joe Staton, but I have to admit rendered most successfully by Tom Sutton. Demetrio is credited with the cover for issue #17, but the artist for issue #11 is uncredited. 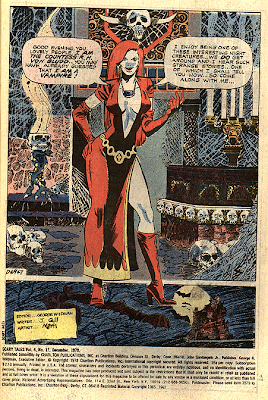 That artwork was re-used as a splash for issue #17 and an artist is identified named "Marti", but I can't find any record of him other than he worked for Charlton during 1975 and 1976. I do find however indications that "Marti" might be mis-credited for work done by Enrique "Joe" Nieto. So I'm guessing Nieto is the artist for that cover, at least that seems right to my eye.

Here's a link to an earlier post featuring the Countess in an ACG reprint.