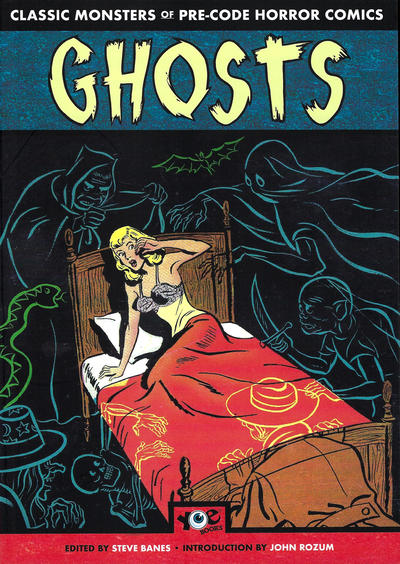 Ghosts is the third volume in Yoe Books paperback set of pre-code horror stories and in some ways is better and in some ways weaker than the previous volumes featuring Mummies and Swamp Monsters. The strength is in the quality of the stories themselves, largely drawn with pretty decent acumen by a range of artists of the era such as Jack Katz, Kenneth Landau, Ed Ashe, Charles Nicholas, Bob Forgione and others. The weakness is that unlike Swamp Monsters in particular the stories are exceedingly similar in tone despite some clever twists. 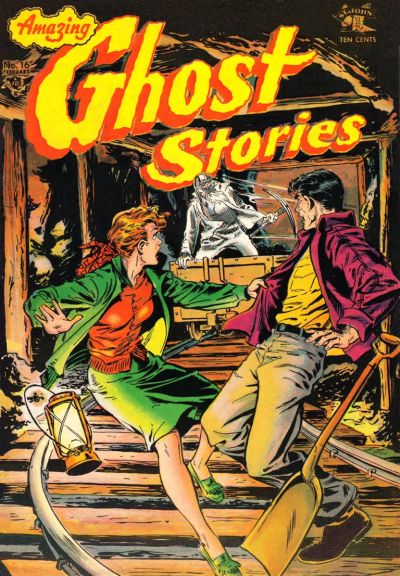 We get a ghost who doesn't know he's a ghost, a ghost who nags herself into Hell, a ghost who is able to get back to this side after all, some helpful ghosts, some exceedingly unhelpful ghosts and my favorite a ghost who exists inside tobacco leaves. For all that variation though these pre-code stories are becalmed by a sameness which makes the reading a teensy bit tedious, but I might be unfair to the collection. 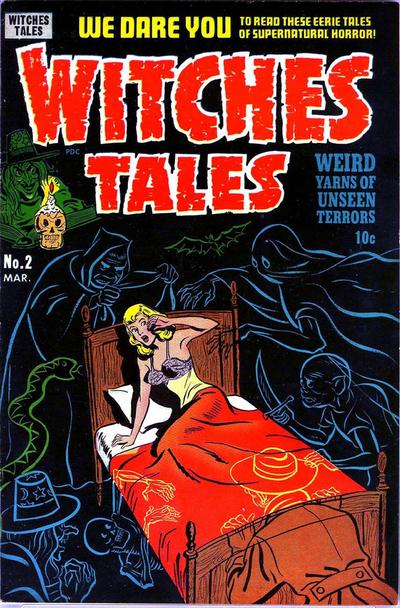 I do absolutely love the cover which is adapted from the cover by Al Avison for Witches Tales from Harvey Comics. There's a small cover gallery in this volume like the ones before. One of the major weaknesses of this collection compared its predecessors is the relatively tiny introductory essay which is only a few pages by John Rozum. It's good stuff, but I yearned for more. There's an afterward by editor Steven Banes but this tome really needed a more luxurious expository history of ghosts in and around comics. Perhaps I'm just spoiled by Bissette's wonderfully expansive work in the previous tome. 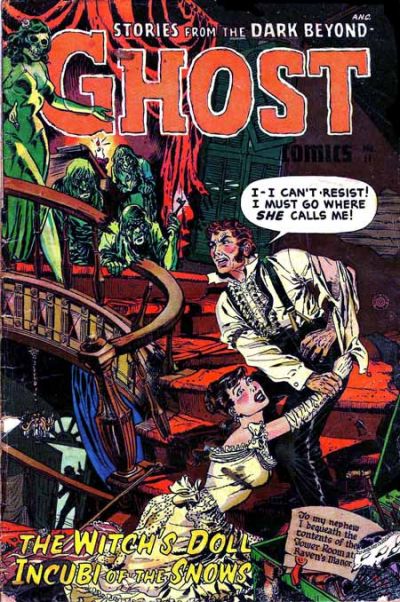