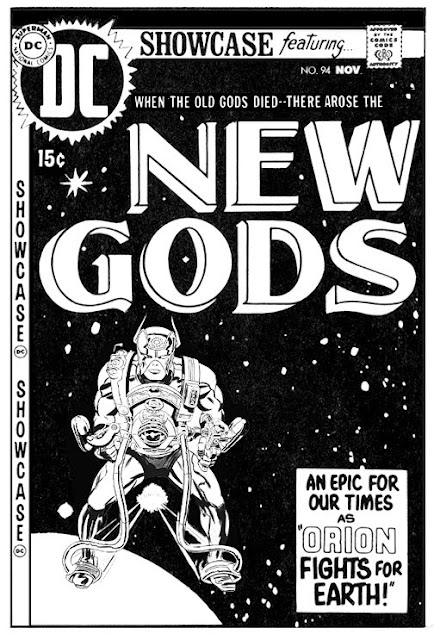 It's that time of year, the time when I once again enjoy traveling into the magnificent "Fourth World" created by Jack "King" Kirby for DC Comics way back fifty years ago when Kirby broke from Mighty Marvel and sought greener pastures where he might garner the credit and remuneration for his work that he rightly felt he deserved. Kirby's foray began in the humble pages of Superman's Pal Jimmy Olsen but soon required new titles to contain the epic. At first the New Gods was to be yet one more entry in the long and properly celebrated list of DC creations that had first flowered in the pages of Showcase. But then it was decided that Showcase had done its work and so New Gods actually took its place on the schedule with a sparkling new number one issue. 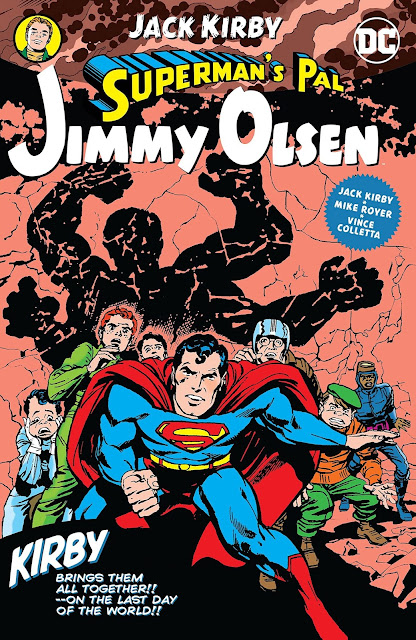 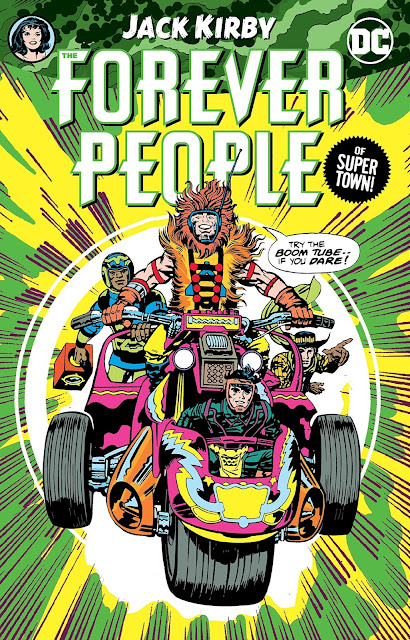 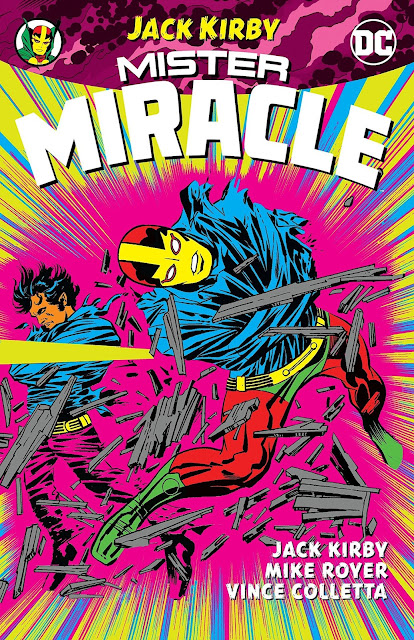 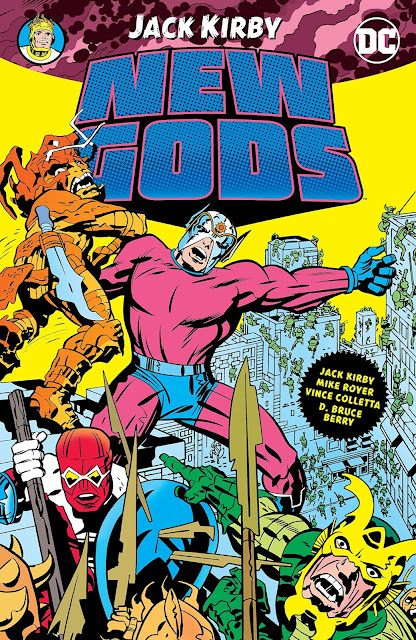 DC after many decades of neglect has collected the "Fourth World" titles many many times in more recent years. In paperback they have in the last several seasons put the titles out individually as opposed to presenting them as one sprawling saga. I hope to read and reflect on each of the fourth "Fourth World" titles as the month of August rolls on. Look for my reflections on Saturdays. 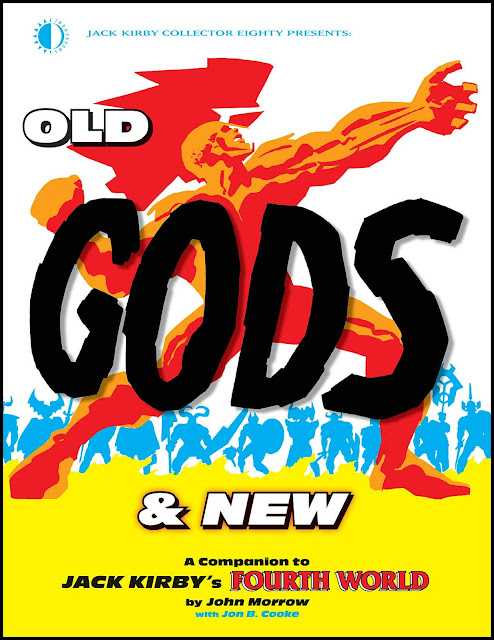 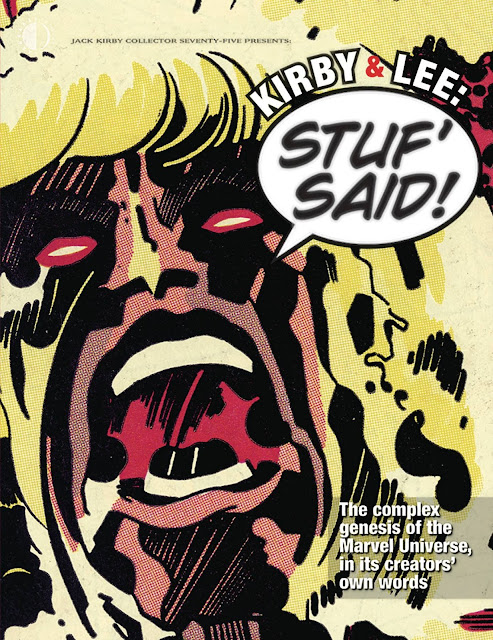 I will also be consulting as I read through the King's masterpiece the new tome from Twomorrows -- Old Gods and New - A Companion to Jack Kirby's Fourth World by John Morrow who might just worship the New Gods a bit more than I do actually. Great material all assembled in one place. I'll also be checking out the Twomorrows volume Kirby & Lee: 'Stuff Said! which documents in a detailed timeline the many and varied quotes from these two great men of comics about their legendary history together and apart. 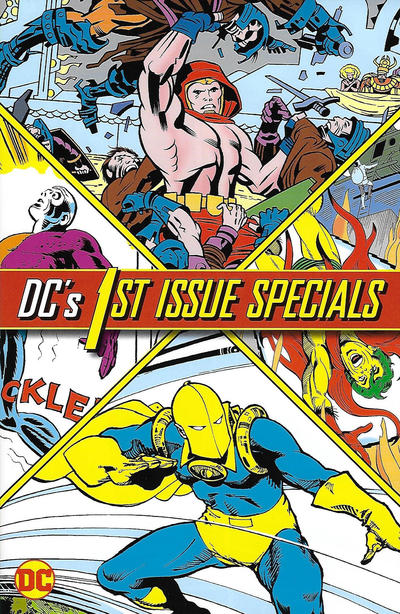 During the week I plan to take a very close look at the individual comics that first appeared under the title of 1st Issue Special. This mid-70's title took the place of Showcase for a brief time, but during that tiny tenure offered up some tasty morsels for the Bronze Age comic book fan. These stories have recently been gathered and reprinted by DC. Several of these efforts were the handiwork of Jack Kirby or Joe Simon. Simon too had shown up at DC and while his efforts met with somewhat less success in the marketplace are still a great deal of fun since he worked closely with one of my favorite talents -- Jerry Grandenetti. Also in the 1st Issue Special run there are comics by Walt Simonson, Ramona Fradon, Bob Haney, John Rosenberger, Mike Grell, Robert Kanigher, Steve Skeates, Al Milgrom, Mike Vosburg and many others. 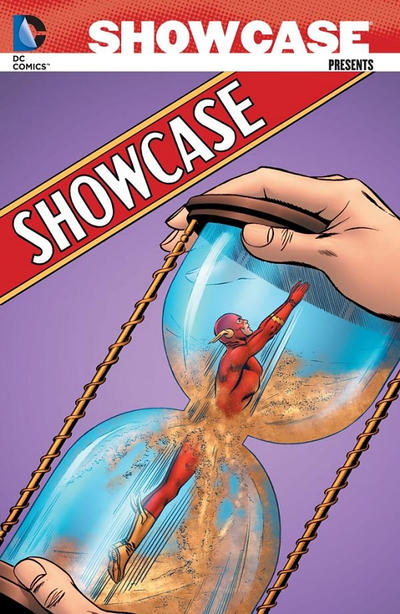 Showcase returned to the stands in the later 70's for a short time and later gave its name to DC's delightful black and white reprints of some of their niftiest stories. Among those series collected in the Showcase Presents line was Showcase itself, or at least the first twenty-one key issues. I want to take a look at these important comic books. 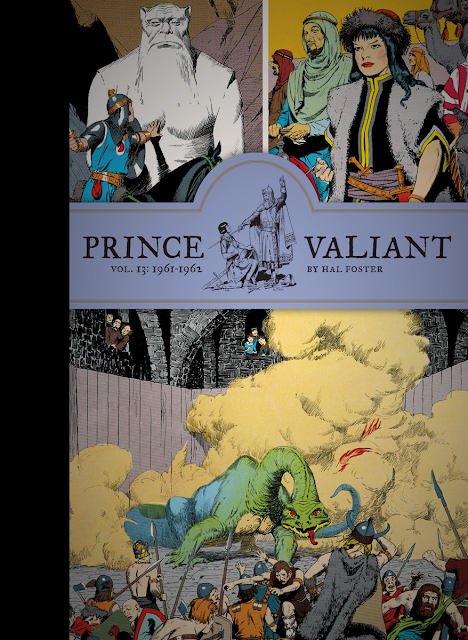 "The Sunday Funnies" will feature an old friend as Hal Foster's Prince Valiant returns to the Dojo. The gallant knight of Camelot and his family have grown, and during the 1960's important shifts in the storytelling begin to take hold. Also since Hal Foster was one of Jack Kirby's greatest influences it's only proper to include him this month. 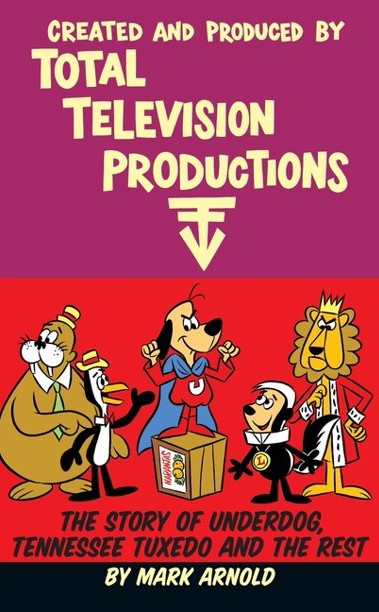 Finally on my television screen I'm currently enjoying the Total TeleVision productions cartoons. This outfit, brought together originally for General Mills advertisements was closely associated with the Jay Ward team which brought out Bullwinkle and Rocky. The TTV team gave us Underdog, King Leonardo and his Short Subjects, The Hunter, Tooter Turtle, Klondike Kat and one of my all time favorites Tennessee Tuxedo and his Friends. It's going to be a fun month.
Rip Off
Posted by Rip Jagger at 1:00 AM