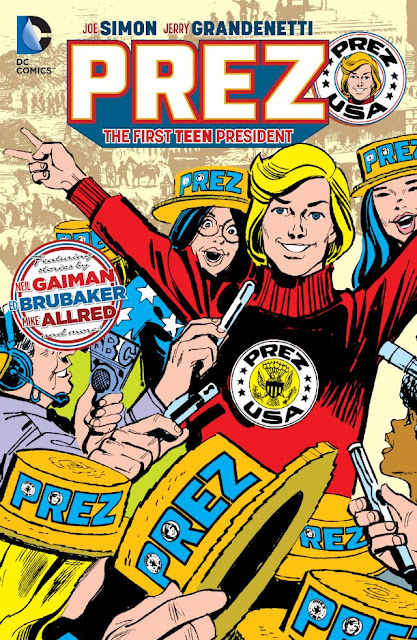 Prez The First Teen President collection from DC is pretty much a must get for yours truly. When Jack Kirby joined the ranks of DC in the 70's, his partner of many years Joe Simon had already been doing work for them, mostly teamed with the distinctive and evocative Jerry Grandenetti. 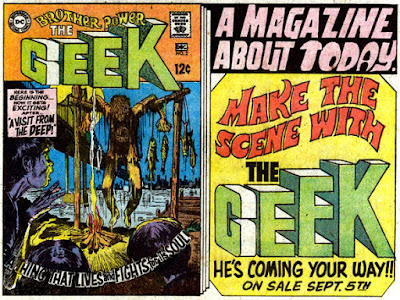 Simon had produced the weirdo Brother Power The Geek series which ran a whole two issues in the late 60's and in 1973 he teamed up with Grandenetti to give us the adventures of the first teenage President of these United States--Prez Rickard. 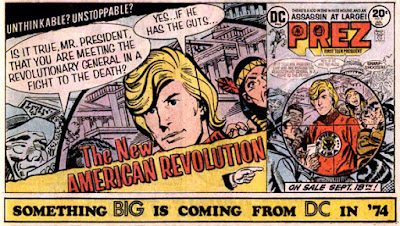 In one of those outlandish and now quite laughable attempts by the veteran comics talent of the time to tap the vein of teenagers and twenty-somethings, an increasingly important demographic in the comics market (the children were largely abandoned to Harvey and Archie), we get this sometimes painful effort. Grandenetti's artwork is the draw for me, I love his energetic artwork which crackles across a page in sometimes unexpected ways. But in this series Joe Simon's story accomplishes more than it should, thanks in large part to the unusual power of the core concept. The potency of youth culture was dominating the world pop culture world of the 70's as attention slipped from the fading war effort overseas to economic woes at home. 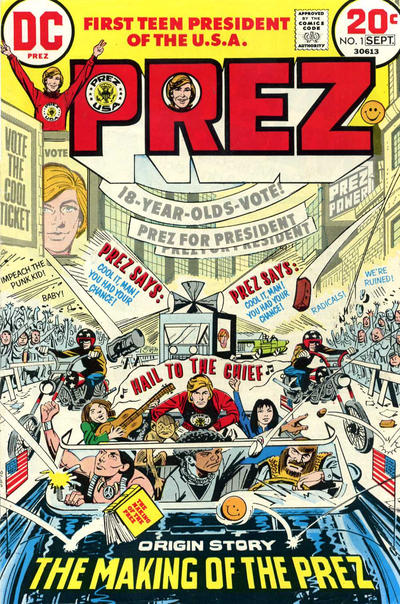 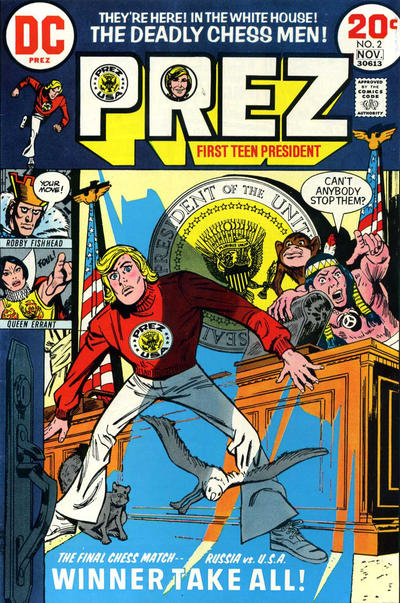 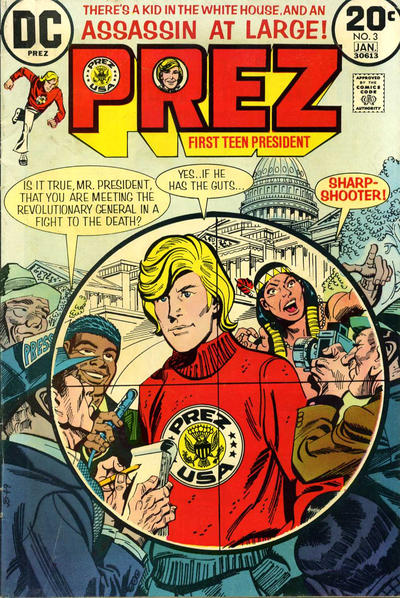 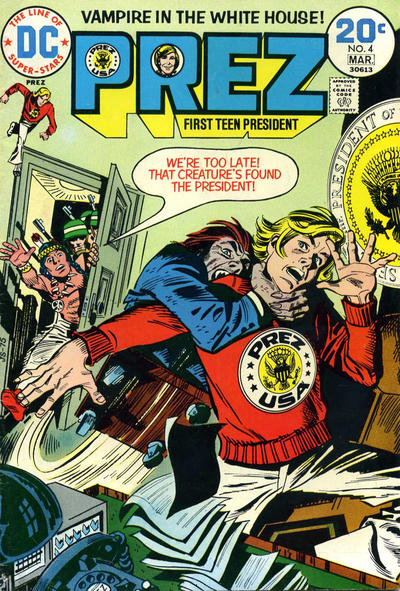 I have all four of the Prez issues which hit the stands. I've often kept them close to my Kamandi collection by Kirby. Weirdly I think they both are attempts to offer up a caustic eye to both youth culture and the larger one which often seems so absurd when its foibles and flaws are exposed. Both Kamandi and Prez strike that vein, though of course Kamandi did it much more successfully. (On another note, I just realized that on most of the covers Prez's sidekick Eagle Free shouts out the threatening situation for the reader's benefit.) 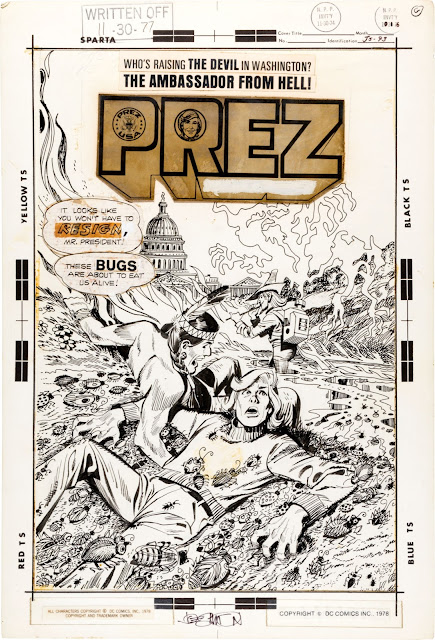 I do not have the unpublished fifth issue which did get some meager distribution in the second volume of Cancelled Comic Cavalcade. 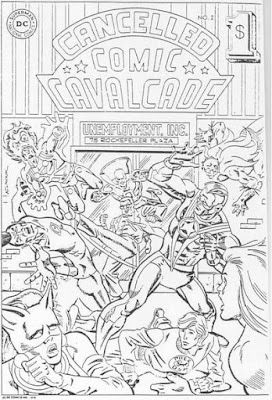 The second issue was one of just two which gathered together material from many abruptly cancelled series to iron out some legal niceties. 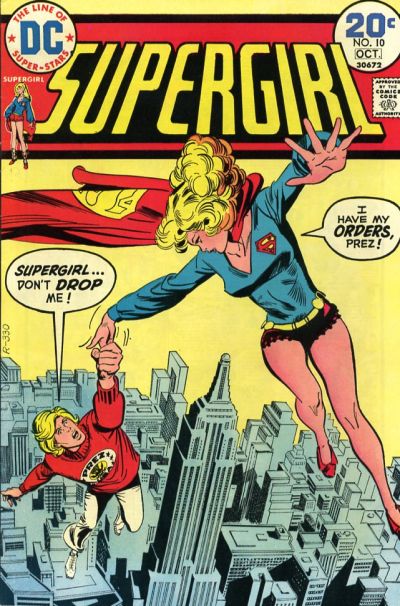 I also do not have Prez's single crossover appearance in the Bronze Age in the pages of Supergirl. This tale written by Cary Bates should be a real hoot. Here is a glimpse. 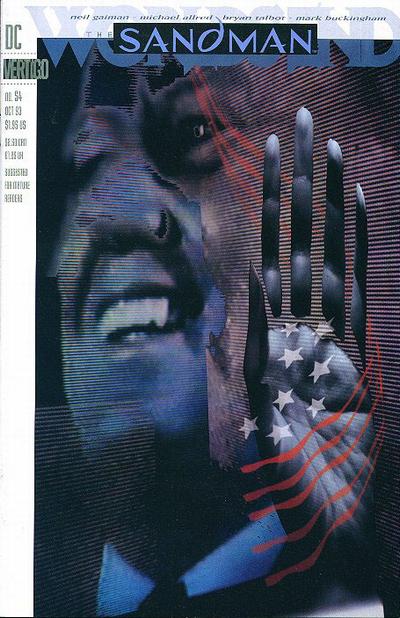 And since I've never ever bought and/or read a single issue of the Neil Gaiman's Sandman, it goes without saying I've never seen any of Prez's appearances in the Vertigo universe. 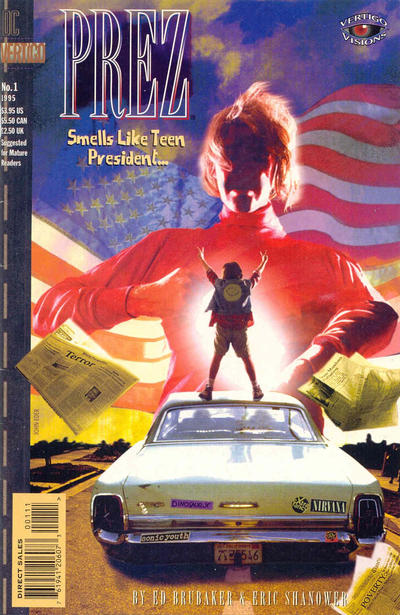 And that includes his one-shot comic by Ed Brubaker and Eric Shanower. Shanower discusses this comic here. I'm looking forward to getting into this volume, it should be enlightening to say the least. 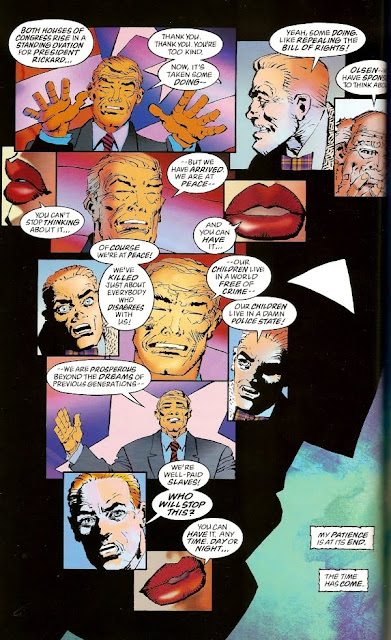 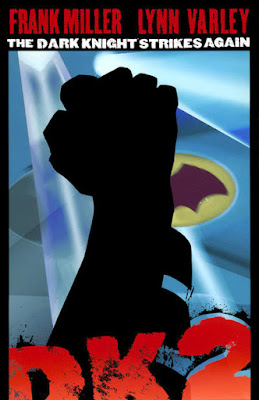 Also included are several pages from Frank Miller's The Dark Knight Strikes Back. 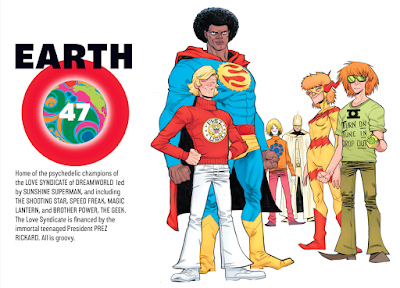 And there is this from Grant Morrison's Multiversity Handbook. It seems in some corners, Prez occupies an exceedingly groovy Earth.