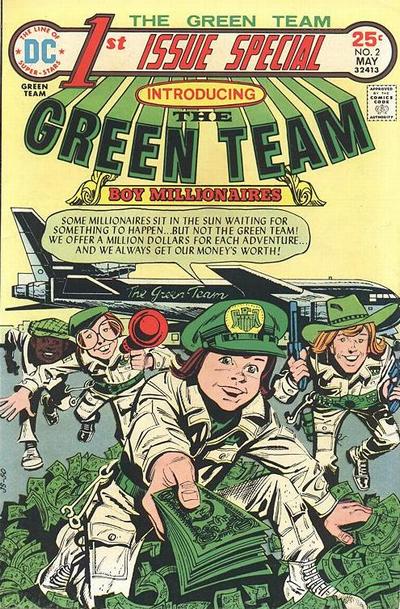 The Green Team by Joe Simon and artist Jerry Grandenetti is a offbeat offering in the second issue of 1st Issue Special. In this issue we meet the four young fellows who are members of this elite outfit, which is comprised exclusively of millionaires with a yen for adventure. 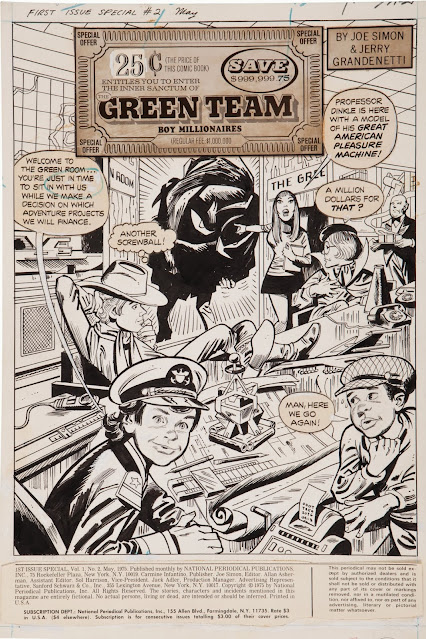 The story is told in a somewhat fragmented form as we first meet Commodore Murphy a young shipping magnate who is the leader, J.P. Houston an oil tycoon who adopts a cowboy affect, Cecil Sunbeam a hot Hollywood movie director and Abdul Smith, a black shoeshine boy who is able to convert a banking error in his favor in a brand new fortune. These four adopt a uniform and stuff their pockets with cool cash and set out to have fun in the world. Their mission in this issue is to see that "The Great American Pleasure Machine" is built despite the rumblings of a corrupt labor leader named David D. Merritt. The complex whisks one away and they utterly transfixed with entertainment for days and days and days. Other forms of entertainment, including comic book heroes, feel threatened. (Sounds like the internet to me.) 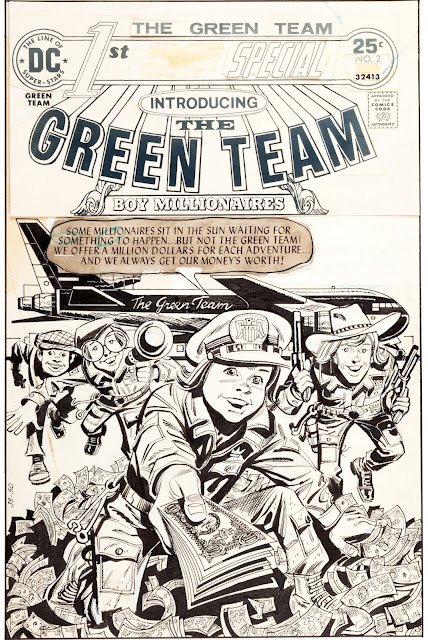 It's difficult to know what Simon is saying in this story which has a finale that appears to contradict the set-up, but this is the only published issue. As always Grandenetti's artwork is stunning and fluid and dynamic. 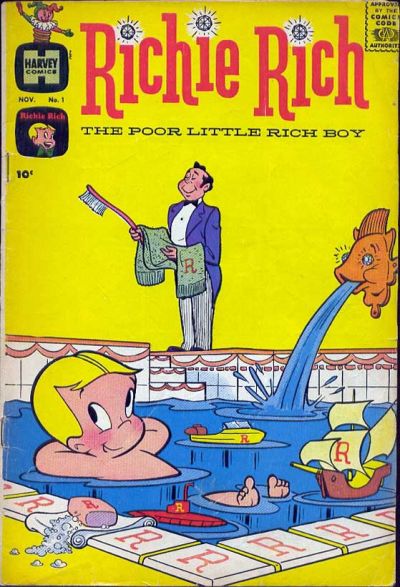 The tyros of course remind any veteran comic book fan of Richie Rich, another youth who grew up rich and who filled his eternal days with adventures. These are four teenage millionaires who wear trippy jumpsuits filled with cash and fly the globe looking for thrills which will apparently momentarily dissolve the ennui which dominates their existences. These jet-setting one-percenters are every boy's dream and their superpower is cold hard cash. 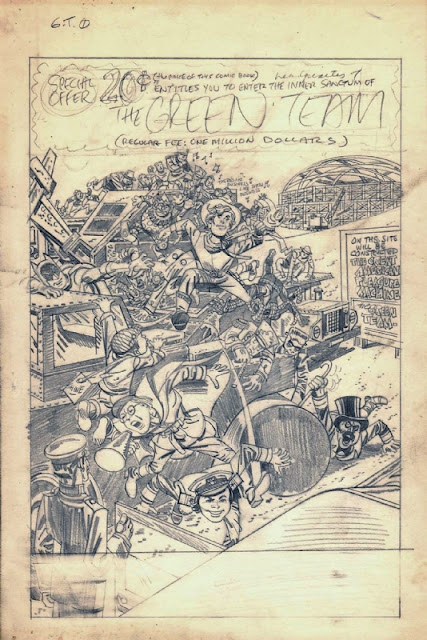 In the face of the many hard-scrabble kid gangs Joe Simon concocted with his once-upon-a-time partner Jack Kirby, these millionaire mopes are hard to love. Lacking the brashness which attaches to upstarts like the Newsboy Legion's Gabby or the Boy Commandos' Brooklyn, this team is a gaggle of over-soaked haves who evoke no sympathy and precious little empathy. (In fact it was from some pressure from DC that both Simon and Kirby created new boy teams, Simon with this Green Team and Kirby with his Dingbats of Danger Street which will show up later in the 1st Issue Special run. More on this when I cover that team next week.) 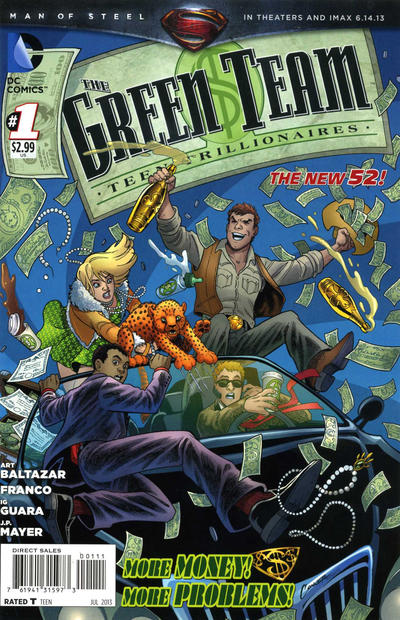 Two more issues of The Green Team were "published" only in the technical sense in Cancelled Comic Cavalacade #1. DC revived The Green Team some years back during the "New 52" era and though in fairness I've never read an issue, they appear even less likeable than their Bronze Age inspirations. It's not fair of course to hate the Green Teamers for their money, that would be just plain jealousy. But it's hard to root for these overdogs, and that's just the way it is. I have a general rule to never feel sorry for millionaires. They of course have many if not most of the problems the vast majority of mankind faces, but then they have at least a million dollars to help them cope with it, so there. 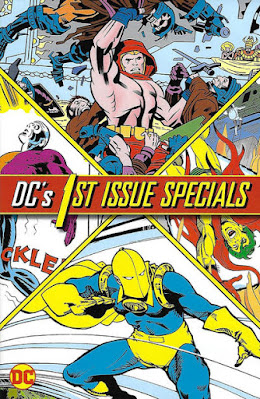 After two brand new projects from two of the comic book world's most celebrated creators the next issue of 1st Issue Special will revive a fan-favorite superhero -- Metamorpho the Element Man. More on that later.
Rip Off
Posted by Rip Jagger at 1:00 AM