Mr. Peabody And Sherman - The Movie! 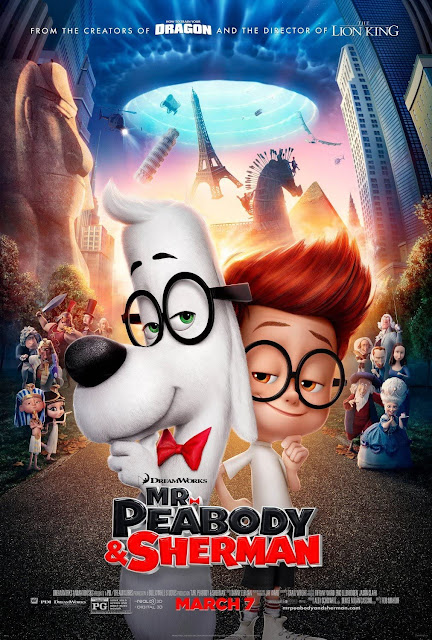 I debated how to approach a review of 2014's Mr. Peabody and Sherman after watching it again recently. It's an animated movie for certain, one of the scores of animated movies that tumble out yearly in these modern digital days of animation. In that sense it's just as good as most of them are but not really that different. It's yet another movie that takes a venerable television property and amps it up the for the big screen and in that regard it does an adequate job in keeping most of the key elements (most significantly those delicious puns). There's much here to indicate the makers had a high regard for the source material. 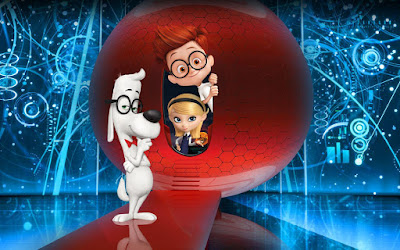 But I finally decided to grade it as what it essentially was -- a time travel movie. Time travel movies are one of the most interesting sub-genres in films as far I can see. There's of course the classic The Time Machine from George Pal which adapts the H.G.Wells movie and that one was remade in this century with some interesting improvements but mostly too much hyperbolic action. There are time travel comedies like Bill and Ted's Excellent Adventure, Time Bandits, and Hot Tub Time Machine (which I haven't seen). There are time travel romance yarns like the superb Time After Time, Somewhere in Time and The Time Travelers Wife (which I haven't seen). There are the monster time travel hits like Terminator and its progeny and the myriad Back to the Future films. There are scuds of time travel movies and Mr. Peabody and Sherman fits well into that genre. 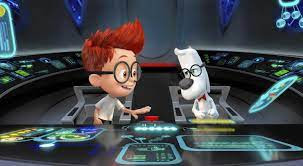 First it has a wonderful mechanism to breach time. The WABAC (called the Wavelength Accerlation Bidirectional Asynchronus Controller for this movie). In the classic cartoons they just walk through a door and they are there, but in this movie getting there is a lot of the entertainment. I was a bit wonky about this at first but it won me over in the end. And they travel to a host of interesting time events such as the French Revolution, the Trojan War, the home of Leonardo De Vinci, ancient Egypt and a few others here and there. The makers of the movie found clever ways to keep the anachronistic qualities of the cartoon intact for the movie with historical figures talking in modern slang as often as not. There is a time pardox which must be solved as it often the case with these movies and as is often the case all of reality is at stake. I like time travel movies because they make you think and this one does that. 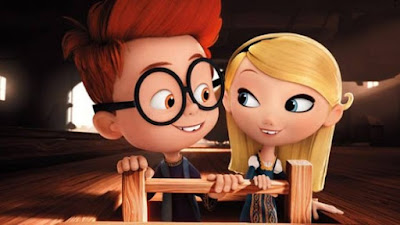 Like so many movies of this kind the makers felt compelled to "flesh out the characters" and by that they give them fuller motivations for their actions, but sadly often those motivations are so stereotypical that they weren't really adding to the brew. Movies like this feel the need to be sappy, to tug at the heartstrings and this one does as well. But it's a bit of a cheat in the end to be honest because once you head down the road of characterization you have the obligation to see it through. Also the addition of Penny a  bratty nemesis and then girlfriend for Sherman, struck me as nervousness on the moviemakers' part about the relationship between Peabody and Sherman which always utterly harmless to me, but of course in the modern day much ado is often made about nothing. 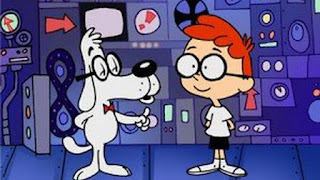 If you haven't sampled this one yet, I highly recommend it. It ain't as good as the cartoons, but there ain't nothing ever going to be as ideal as that.
Rip Off
Posted by Rip Jagger at 1:00 AM