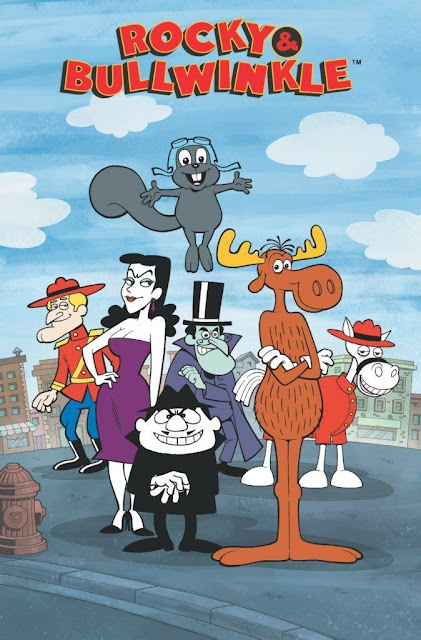 Thanks to the cartoon wisdom of Mark Evanier the IDW mini-series starring the Moose and Squirrel comes off pretty well. Evanier is a writer who is deft and clever but not always do I find his scripts as funny as I think they ought to be. But in the world of Frostbite Falls his love of puns and affection for the characters and the people who portrayed them is ideal. That doesn't at all minimize the work of Roger Landridge who as usual offers up a delicate and charming batch of imagery. 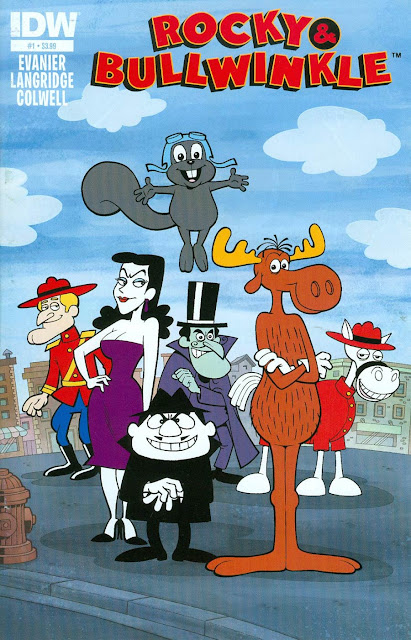 If anything Landridge's artwork as embellished by Andrew Pepoy might be a little too elegant and refined. I've always associated a quick and dirty parade of images with these cartoons, well crafted but always showing around the edges the evidence of haste and deadline pressure. The art is what it is and pretty though it be, it's always going to be the writing which makes Rocky and Bullwinkle work or not. 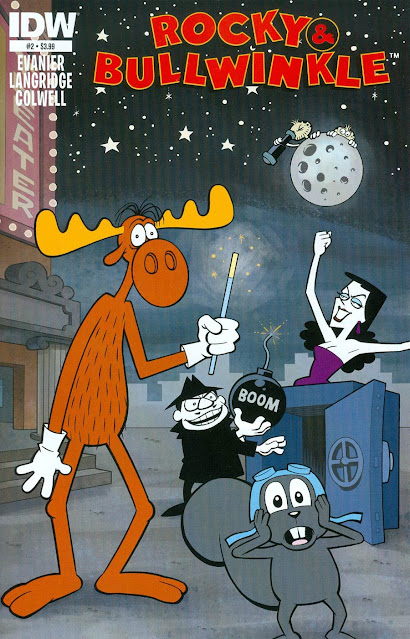 In these comics we only get one co-feature and that Dudley Do-Right of the Mounties. He's in fine fettle, though al of his escapades felt somewhat brief to me. Evanier does the smart thing and with two installments of R&B each issue gives the reader at least a hint of the continued storylines which made the vintage classics so robust. 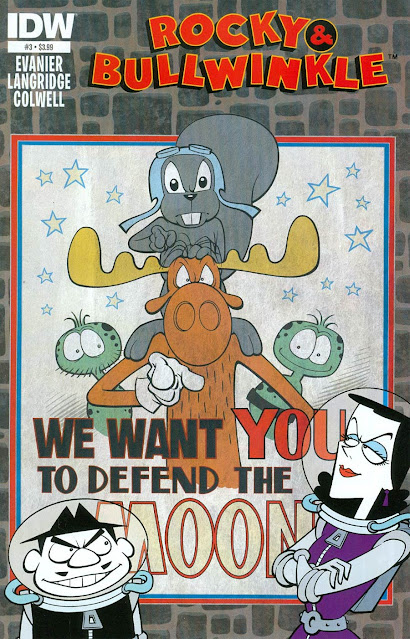 My favorite issue was the one in which Pottsylvania claims ownership of the Moon. That makes Rocky and Bullwinkle head to the Moon and that means we get some great Gidney and Cloyd action. I love the Moon Men and they are totally on point in this adventure and in another in which they play a lesser role. Boris and Natasha sound right also with Evanier getting the rhythms of their distinctive speech. 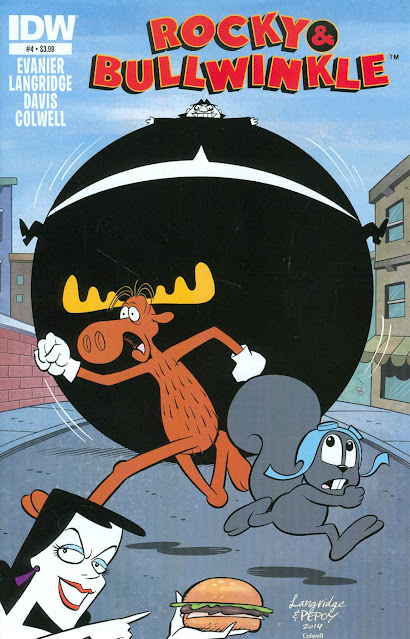 This is a fun series and if you can them cheap I recommend them. They aren't as good as the cartoons, but that was never going to happen. The original Rocky and Bullwinkle are gems produced in their own time and reflecting that time but also speaking to audiences well beyond.
Rip Off
Posted by Rip Jagger at 1:00 AM