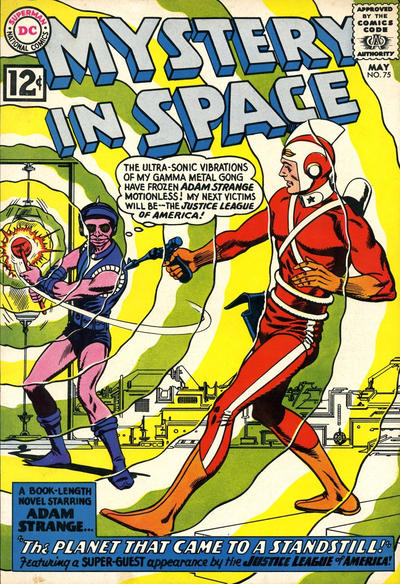 Mystery in Space #75 is an odd case. The issue came out nearly a year after the Justice League of America first battled the stellar dictator Kanjar Ro, but this story starring Adam Strange is actually the sequel to that tale and precedes chronologically the next issue of JLA, so it's ideal to look at it here.  The story was written by Gardner Fox and drawn by Carmine Infantino  and Murphy Anderson.

"The Planet That Came to a Standstill!" begins with Kanjar Ro and his cronies Hyathis, Kromm, and Sayyar stranded on the planetoid the League imprisoned them on. But they've been pooling their will power to break the barrier which traps them and it works a little bit but only Kanjar Ro escapes and he promptly abandons his former allies. The action switches to the planet of Rann where Adam Strange and his love Alanna are enjoying the sights and encounter barbarians atop giant birds. These enemies have Kanjar Ro's gong and its effect is to freeze anyone who hears it. Adam and Alanna are frozen and their jet packs take them into orbit, they being helpless to stop. But Adam uses a radiation belt to short circuit the belts and they land relatively safely atop a snowy mountain peak. Adam then makes plans to infiltrate the enemy and encounters Kanjar Ro who has used the triple suns of Rann to give himself vast superpowers he hopes to use to defeat the Justice League. Kanjar Ro traps Adam and Alanna again, this time in a gravity trap but again using his wits Adam overloads the machine and they escape. He then steals Kanjar Ro's slave ship and heads to Earth where he alerts the League. They send Green Lantern, Batman, and Martain Manhunter to check on the planetoid prison and learn what has happened. They then go to Rann but are trapped there when Adam Strange, returned to Rann by the Zeta Ray decides to use Kanjar Ro's gong to freeze all of Rann. The Zeta Ray wears off and he again heads to Earth to gather the remaining Leaguers (save for Superman) and they all go to Rann to attack Kanjar Ro. He stands toe to toe with them but finally Adam is able to outwit him and takes the dictator prisoner which impresses Flash so much he vows to nominate Adam for membership. He though has to return to Earth leaving Alanna forlorn.

This story is sometimes referred to by some fans as Justice League of America three and a half. I can see that reasoning, and the folks who arranged for the most recent reprint clearly agree with it, since they've placed this story at the point just between issue three and four of the regular JLA issues. It's difficult sometimes to remember that comics once had little memory or continuity from issue to issue and seeing two titles crossover like this must have been a treat for regular fans lucky enough to stumble across both stories. The story has been reprinted several times and I own it at least three times myself. The latest reprint publishes the story in its proper position relative to the storytelling, but the Showcase Presents Justice League of America offers up the story too, but in its real world published position. 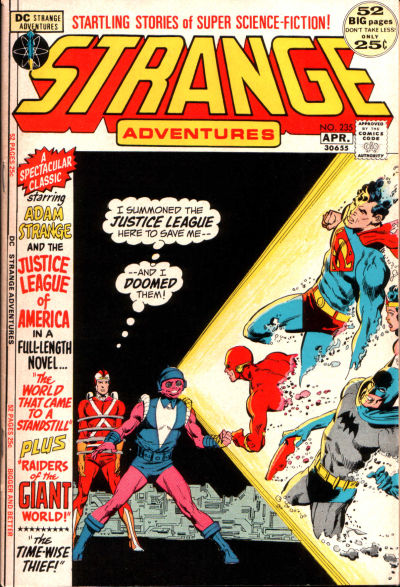 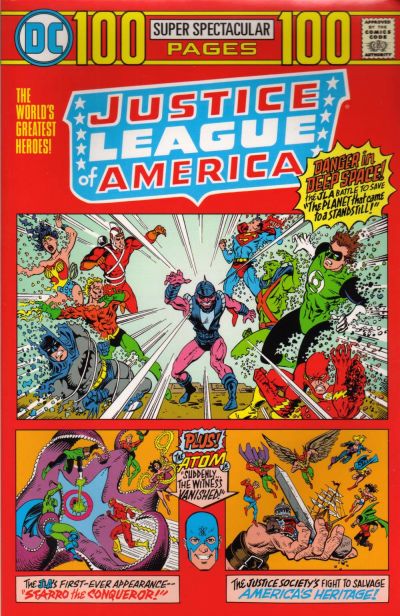 The artwork in this story by Infantino and Anderson is ideal, the very essence of what the uplifting comics of the Silver Age strove to achieve. Gardner Fox's story is pure DC sci-fi, loaded with facts and traps which demand the hero scheme his way out. His logic is suspect, but his means is never doubted, these are thinking heroes. 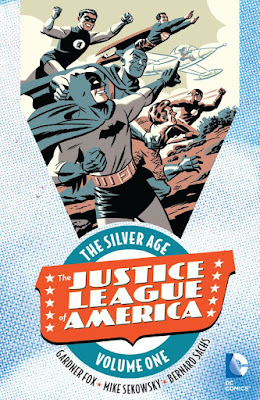