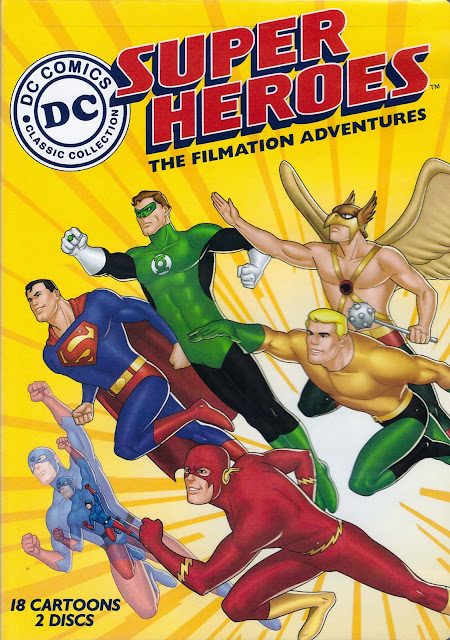 The first time The Justice League of America came to the small screen (or any screen for that matter) was in the rockin' 60's as a relatively small part of the Filmation Studios effort to put the DC heroes on TV. Filmation, a fledgling upstart company actually made its bones by landing (with some degree of chicanery it must be admitted) the rights to do a Superman cartoon. Off of the success of this came Aquaman and later Batman among others. 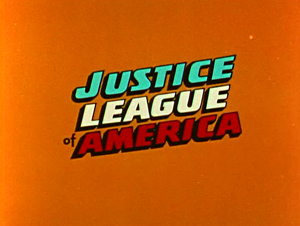 The League members in this trilogy of cartoons is comprised of Superman, Flash, Green Lantern, Atom, Hawkman, and Aquaman. While listed in every opening Aquaman though never shows up in any of the adventures. Superman seems to be the clear undisputed leader of the team as he routinely issues instructions to the others who comply without qualm. Green Lantern most often works with Superman while Hawkman is often sent to get his Hawkship to help. Flash and Atom invariably are a team with the latter usually perched atop the Flash's shoulder. 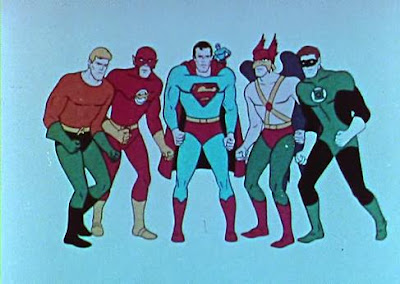 The stories are brisk and full of action. The League gets between two warring groups from Mercury who have brought the battle to Earth, try to stop an alien invasion of Earth itself, and battle the machinations of a true super-villain named Mastermind who threatens to reveal their secret identities.

Here for your viewing pleasure are those cartoons. Enjoy!