Just wanted to give a shout out to a resource I've been relying upon while I plow into the earliest Justice League stories - the Justice League Companion. I picked this Twomorrows publication up somewhere several years ago. Sadly it is not as densely packed as many of the tomes from that group, but it does offer some good interviews with past talents who have worked on the venerable series such as Murphy Anderson, Joe Giella, Denny O'Neil, Mike Friedrich, and others such as Jerry Bails and Roy Thomas on the origins of the team. 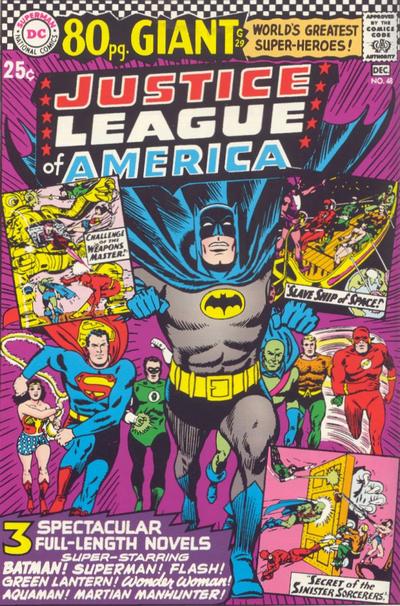 The cover is by Bruce Timm, a direct homage to the classic cover for issue forty-eight of The Justice League of America by Mike Sekowsky and Murphy Anderson.

There's quite a bit of artwork, fan stuff and alternate covers and whatnot scattered around on the pages of the book. It also offers up issue checklists with some behind-the-scenes details for the earliest issues in the run, which is what I've been checking after I read each installment. Michael Eury is the editor of Back Issue, and this book is akin to that magazine. Often I find Back Issue a bit thin and this tome follows suit, but it does have value, especially now that I'm using as title suggests, a "companion". There have not been any further volumes in the series, so I suppose sales were not brisk.


To take a closer look at the book check this out.