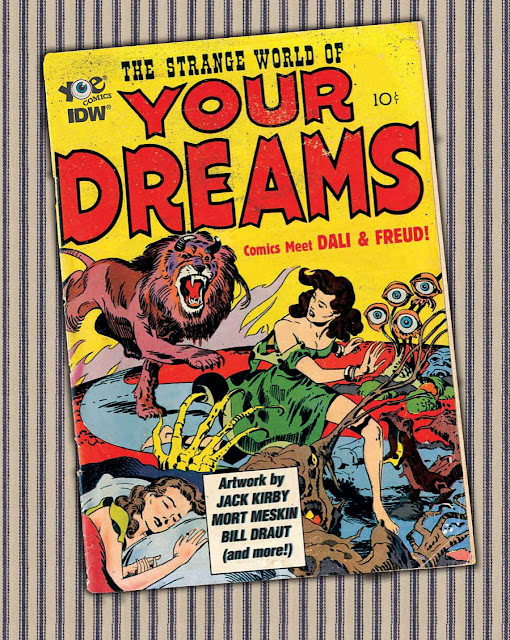 The Strange World of Your Dreams from YOe Books and IDW Publishing collects the four issues of the Simon-Kirby short-lived, but nonetheless classic series. Weird is a good word to describe these offbeat surreal nightmare tales produced int he early 50's for the Crestwood/Prize brand. These are peculiar but very well crafted, from a time when comics reflected a broad range of interests. In addition to artwork by Joe Simon and Jack Kirby, there are stories by Mort Meskin, Bill Draut, and Bob McCarty.  I was undecided on this book until I actually saw it and the mattress ticking cover treatment (which is plush by the way) won me over. YOe Books always comes up with clever gimmicks which make a volume sing.

In addition to the stories there is a nice essay on the use of dreams in comic strips over the decades, especially Windsor McCay's Dream of the Rarebit Fiend. Also included are some unpublished art pieces including two covers by Simon and Kirby which didn't get to the newsstands.

Here are the covers that did. 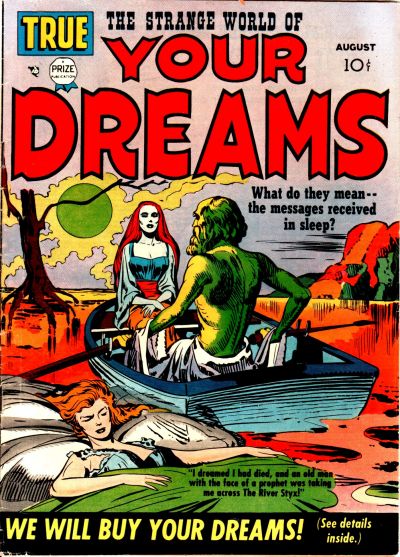 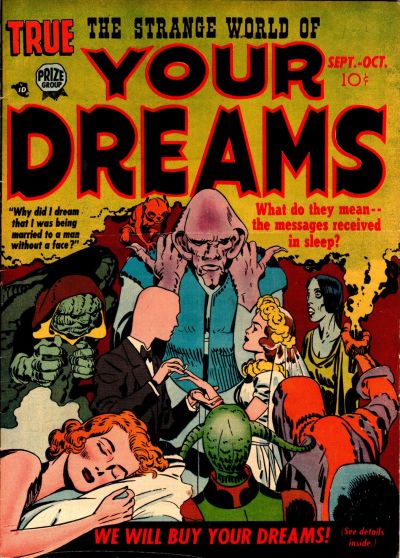 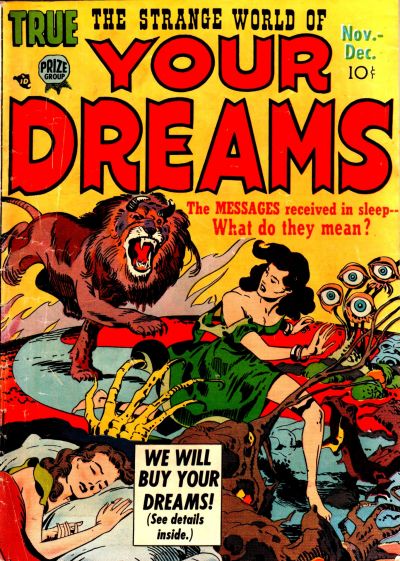 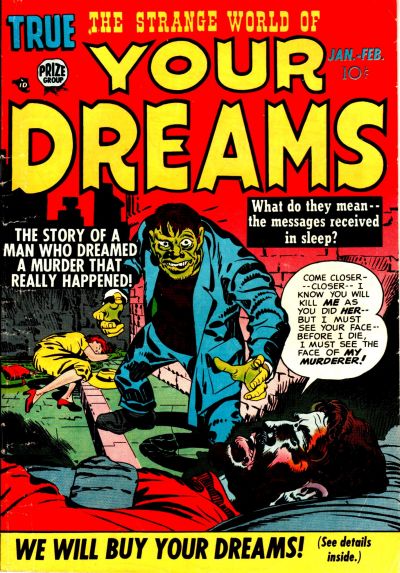 There is included a story from this issue of Black Magic which served as an intro to the Simon and Kirby's new comic. 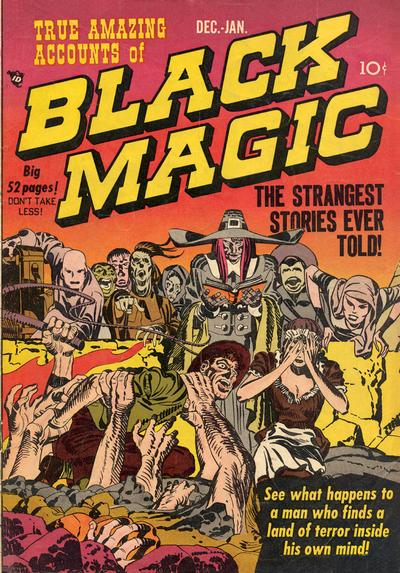