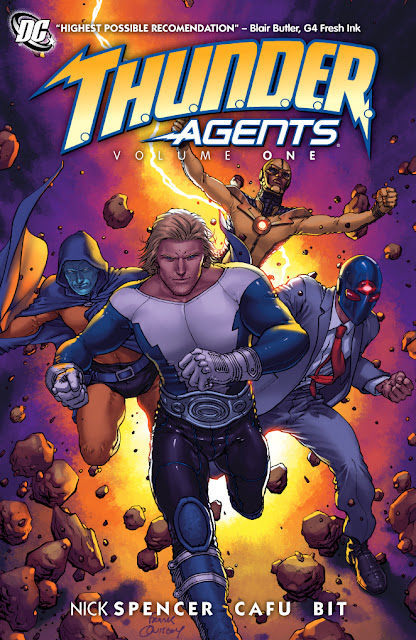 It was not part of my master plan to pick up this trade collection of the recent THUNDER Agents revival from DC Comics. I remember the comic book looked attractive enough, but connections to the original Tower Comics seemed minimal from a distance, so I steered clear. But finding all of the ten-issue first volume between two covers was just the right bite.

The story by Nick Spencer is a complex and robust tale of espionage. There is a distinct flavor of quasi-realism as these Agents battle "terrorism". The modern spin on secret organizations flourishes here as "The Higher United Nations Defense Enforcement Reserves" are not presented as an especially noble outfit. There is definitely a crusty chess game approach to the struggle between T.H.U.N.D.E.R. and Spider, a gang of college-aged terrorists/anarchists.

The story essentially takes place in the modern day and the Agents we follow here are the latest incarnations after years of recruits have come and died in the line of duty. We have a new Dynamo, a new Lightning, and the original NoMan who fight to free the original Raven from the clutches of Spider. Also on hand is a new Menthor, and the second story in the trade reintroduces The Iron Maiden. This second storyline is a powerful character piece with considerable artwork by veteran Mike Grell. There are also some very handsome pages spread here and there by Howard Chaykin and George Perez.

There is a second volume of six issues which tells the tale of how the Agents battle the Warlord from the Underworld, but those stories are only available in the original comic book format. The lack of sales potential and the shift of the license to IDW probably scotched plans to collect those stories. It's a pity.  These are worthy stories, told with fidelity to the original material if within the limits of modern comic book storytelling.

The first six issues of the run feature covers which were homages to classic Tower Comics. I've included the original inspirations in the gallery below. 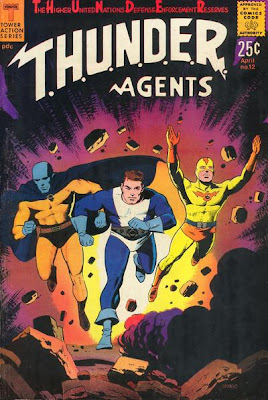 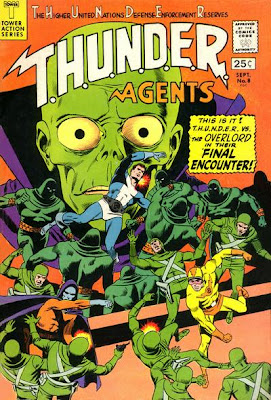 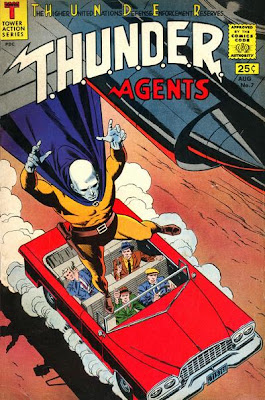 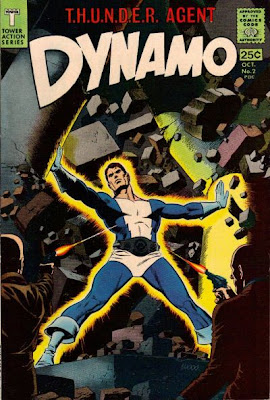 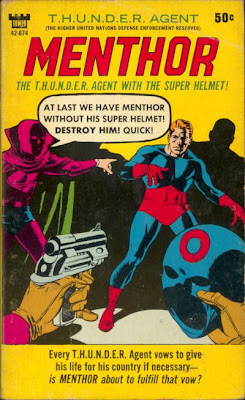 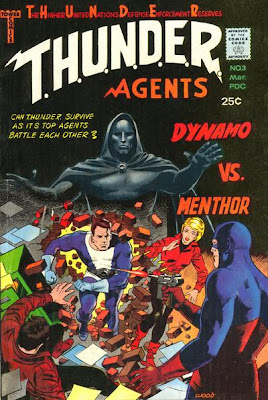 Here's a beautiful alternate cover for the debut issue which shows up inside the story and is presumably a comic which presents the idealized adventures of the original team.