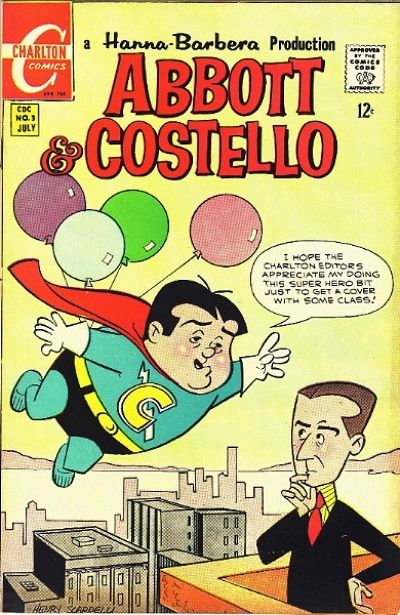 One of the great regrets of my comic book collecting life is that I have not to this point put together a set of Charlton's Abbott and Costello comics. These delightful comics, based on the animated version of the classic comedy team, showcase some stellar art by veteran Henry Scarpelli and later Tony Tallarico, and scripts by Steve Skeates. The book is a clever parody with all kinds of barbs directed right back to the industry which spawned it.

I found the third issue the other day for nice money and snagged it. It features Costello in his debut as "Captain Costello", a dream-sequence superhero inspired by reading a comic dubbed "The Zen Men". In addition there are several one-page gags and other stories, the most memorable a yarn co-starring a very familiar Jungle Lord who must go unnamed for fear of a lawsuit. This inside-baseball reference to Charlton's own Tarzan licensing woes with the Edgar Rice Burroughs estate is precious.

Here's a look at the back cover. 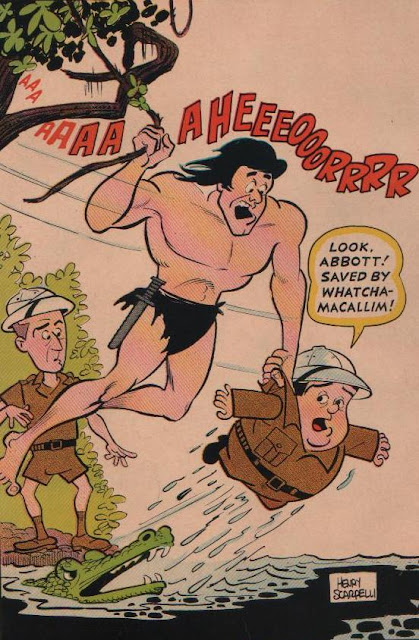 I need to get more of these Charlton gems.