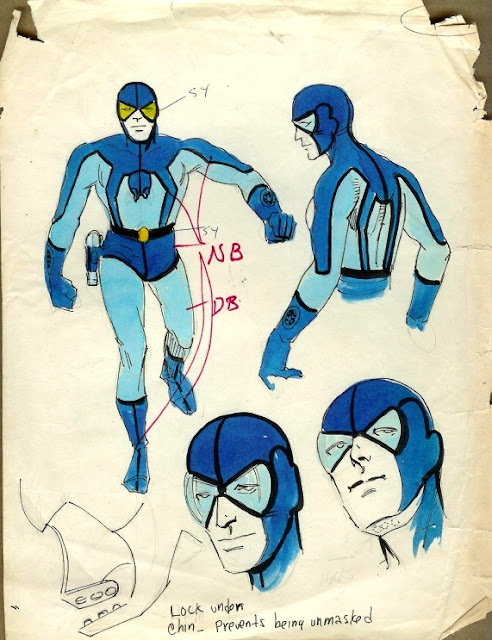 Here's a real treat. It appears to be one of Steve Ditko's actual pages on which he sketches out his design for the updated Blue Beetle for Charlton Comics. This design by Ditko is almost universally hailed as one of the great superhero costumes, and remained virtually unchanged when the character was appropriated and moved into the DC Universe many years later. In fact it wasn't until just a few years ago with the seeming demise of Ted Kord that the Beetle look was revamped again. This is a sturdy and reliable and downright handsome look which perhaps got its start on this very sheet.

The Beetle designs are very similar of course to this artwork which served as a cover for a fanzine. The designs here are for Captain Atom and it shows off his then-new blue, red, and silver costume, a replacement for the gold one Ditko himself created over a decade before. While this look for the good Captain is a fave of mine, it was not so well received by the fans in general and Captain Atom has undergone several changes since being blended into the larger DCU. 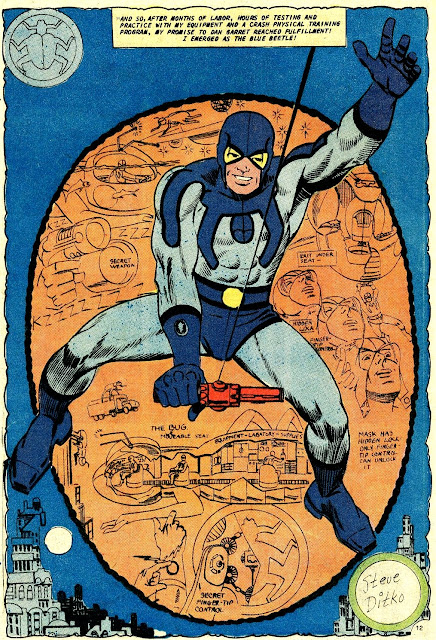 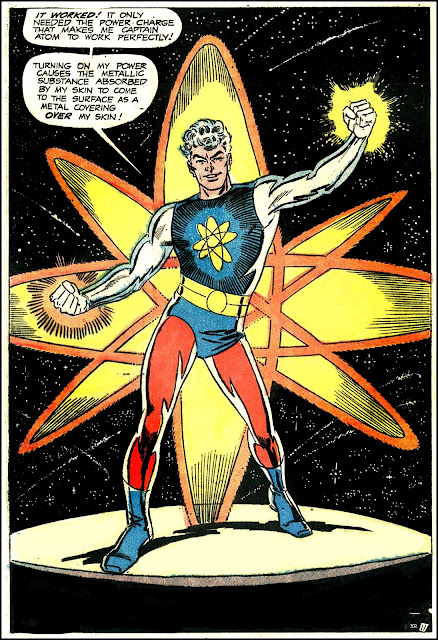 But to my fanboy eye, these are two of the great superhero costumes, two great looks, two great Ditko designs.

Rip Off
Posted by Rip Jagger at 2:34 AM
Labels: Charlton Comics, Steve Ditko