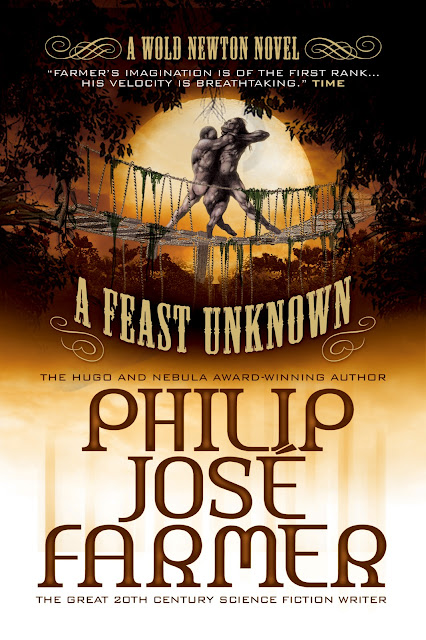 A Feast Unknown is not the Wold Newton novel for everyone. It's rude and crude and spends an unusual amount of time and space discussing the behavior of errant pricks of all sorts as one sort try to viciously kill each other and another sort are erupting at all manner of inappropriate times. This novel first appeared under the imprint of a porn house, and it shows. There is a lot of aberrant sex in this work, but apart from normal pornography this tale lacks an element of titillation for which that other stuff is mostly designed to deliver. There's a droll and dry presentation to the events which unfold furiously which intentionally undermines the prurient aspects of the story and instead keeps the reader focused on the main plot. I first read A Feast Unknown some decades ago and was taken aback by its content, but still remembered it fondly as a thoroughly complete action yarn. So I was eager to read it again now that's it has been reprinted in Titan Books efforts to get the Wold Newton novels back into the hands of readers. 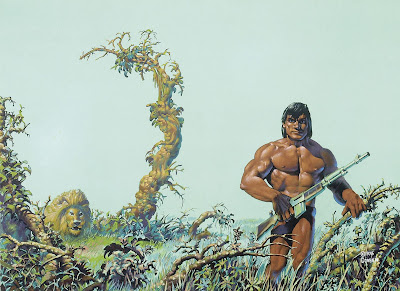 That story is that of Lord Grandrith who is Farmer's Wold Newton stand in for Tarzan of the Apes. Grandrith has been alive a very long time and finds himself suddenly under attack in his jungle home by a small army of the local soldiery under the apparent command of Doc Caliban a thinly disguised version of Doc Savage. (Monk and Ham are on hand too, though a good sight older.) It is a particularly blood-thirsty Caliban who seems to want nothing more than Grandrith's demise. After much mucking about in the jungle we finally encounter The Nine, a mysterious group of ancients who control many of the world's most powerful people by doling out an elixir which grants relative immortality. Both Grandrith and Caliban are servants of The Nine and it finally comes out that Caliban believes that Grandrith has killed his cousin and one true love. A great deal of mayhem unravels the mystery and we learn along with Grandrith and Caliban secrets about their own origins. 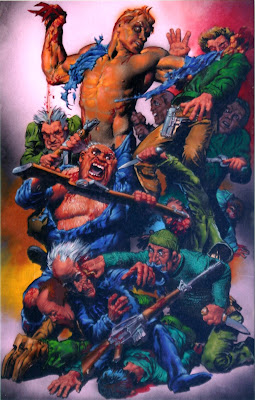 It's a rockem' sockem' story as the violence and action hardly relents. Apart from the depravity many of the players display, there is also a fantastic car chase, a valiant battle within a castle, and an absolute heap of weird characters. The story's focus on matters weirdly sexual dominates the first part of the tale, but gives way in the last half as the action quickens in anticipation of the finale.

A Feast Unknown is not a novel for everyone, but it is a novel I'd recommend to anyone interested in Tarzan, Doc Savage, or pulps in general and who is not put off by the truly offbeat and peculiar. It's a strange and arresting novel, and a highly memorable one. 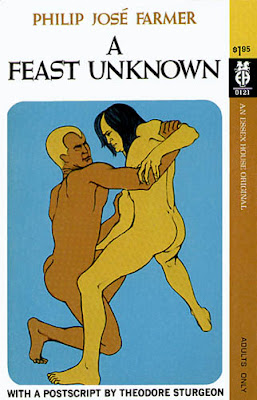 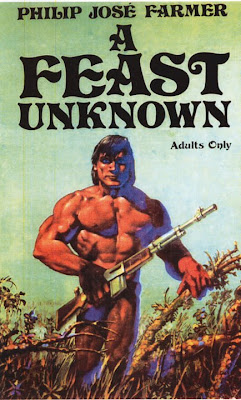 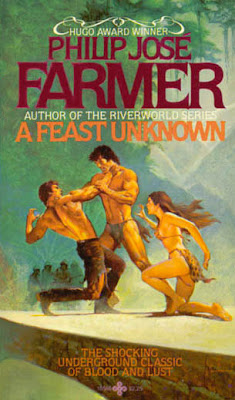 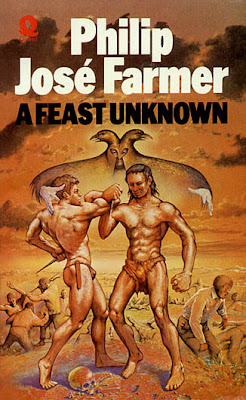