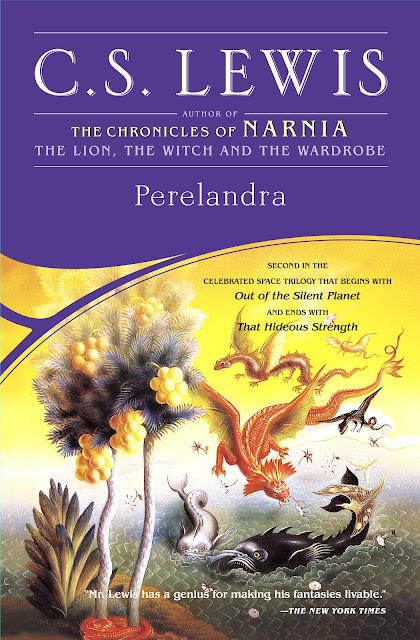 When C.S. Lewis decided to continue his "Space Trilogy" with the book Perelandra, it had been five years since the publication of Out of the Silent Planet. The world was at war and England especially was under specific threat. That war does get some mention in this story which sees our philologist protagonist Ransom head to Venus to do the bidding of the Maledil, the spirit which rules the universe. Whereas the first novel had imitated the H.G.Wells novel First Men in the Moon, this one reminded me of Princess of Mars by E.R.Burroughs. Our hero climbs into a magic casket and is swept away to the Venus where he wakes up naked on a neve-rending ocean. This method of travel reminded me of  A Voyage to Arcturus, a major influence on this space trilogy according to Lewis himself. Our her encounters a strange shifting world, some weird creatures and then a lovely nude green woman. 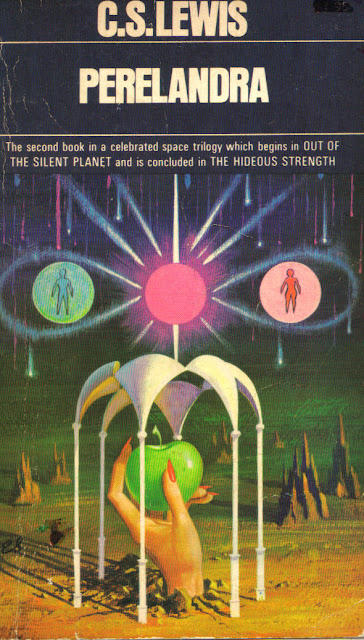 Now in the ERB book, the dashing hero would have become a contestant for her favors, but this story is not that kind. Doctor Elwin Ransom has come to Venus (known as Perelandra) to debate with the Devil. It seems that Perelandra is in that state which Earth found itself when the Garden of Eden was extant. The naked green woman is a Venusian Eve and Ransom is there to talk her out of disobeying God. Now it's more complicated than that, especially when the Devil shows up in the form of Weston, the adventurer who had kidnapped Ransom in the first novel. Though dead Weston is inhabited by the spirit of the great deceiver and works diligently to get the green woman to develop bad habits such vanity, modesty and a false sense of pride. Ransom and Weston do this by talking to her. And that's what the core of the book is, talking. Eventually Ransom must fight Weston more directly and that leads them into an underworld which in turn takes them to a mountain which Ransom must climb to fulfill his mission, among a lot of pomp and circumstance in which we meet the green woman's mate the King among others as a second paradise is established.  If philosophical and theological debate is your thing, this is a book for you. 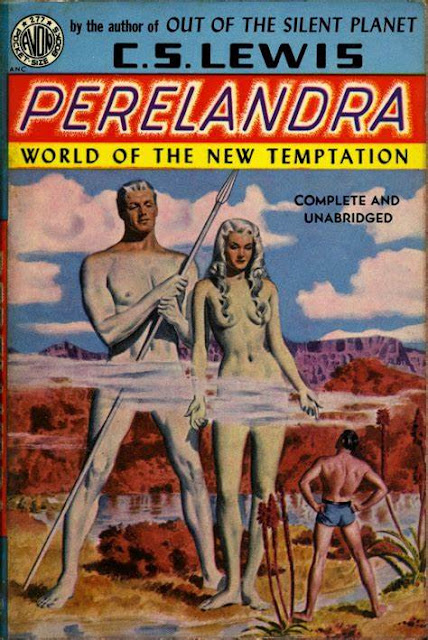 I give Lewis great credit for creating a truly alien environment, a world in which the land masses don't stop moving for the most part. A world of fluid in which sticking to a place is largely impossible. The animals are more fantasy than sci-fi but they properly weird. There is one more installment of this saga, the largest one yet. More on that tomorrow.
Rip Off
Posted by Rip Jagger at 12:00 AM
Labels: C.S. Lewis, J.R.R. Tolkien