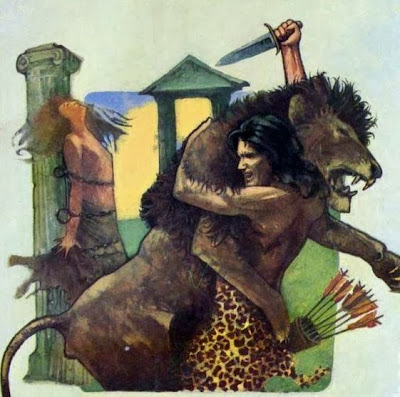 For a short time during the roaring 60's, there was a notion that some of the material by Edgar Rice Burroughs had fallen into public domain. That belief led to the handsome ACE paperbacks and a short run of comic book adaptations by Joe Gill and Sam Glanzman for Charlton Comics. Then the folks at the ERB estate called out the dogs and put a stop to all this activity. They were successful, but not before some really fascinating material was developed and put before a public clearly clamoring for more Burroughs, in particular more of his signature creation Tarzan.

But not only had Charlton published some comics, they had also cranked out some new Tarzan novels under their "Gold Star Books" brand. These five fascinating books, all sporting some evocative titles are still with us despite a court order they be destroyed. The books were written by the husband-and-wife team of Peter T. Scott and Peg O'Neill Scott. under the pen name of "Barton Werper" and are not by reputation at least the most refined examples of American literature. The juicy pulpish covers are by Jack Endeweldt.

Dark Horse reprinted the unauthorized comics. It would be juicy indeed if some enterprising chaps might talk the ERB folks into allowing these fascinating yarns to discover a broader audience. Where's the harm? Seems like we'd all win. Who wouldn't want to see ERB's mighty Ape Man battle the legendary Abominable Snowman? I sure would!

Below are the best scans for these illicit Tarzan books I could find. 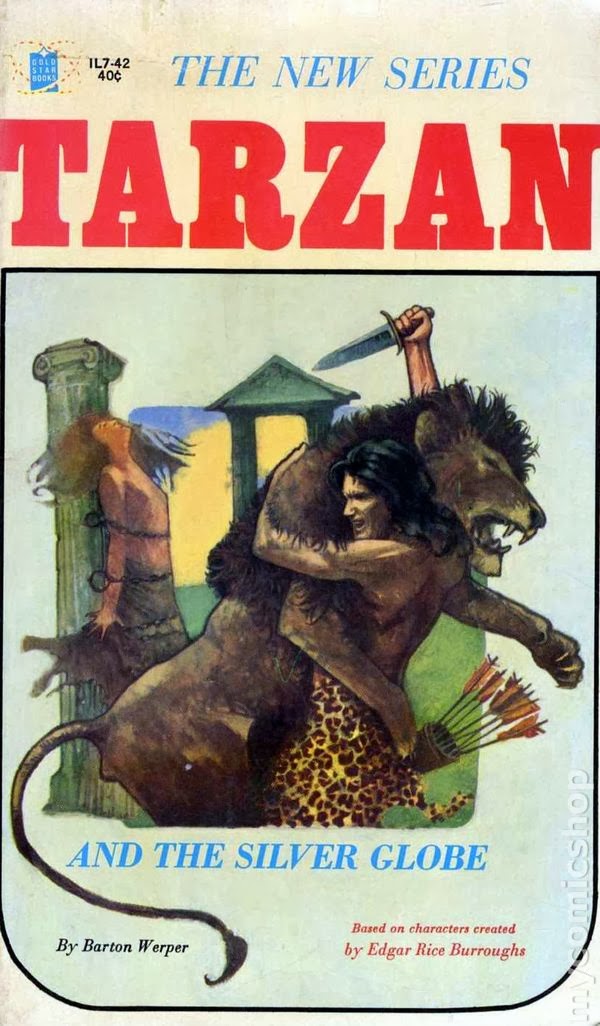 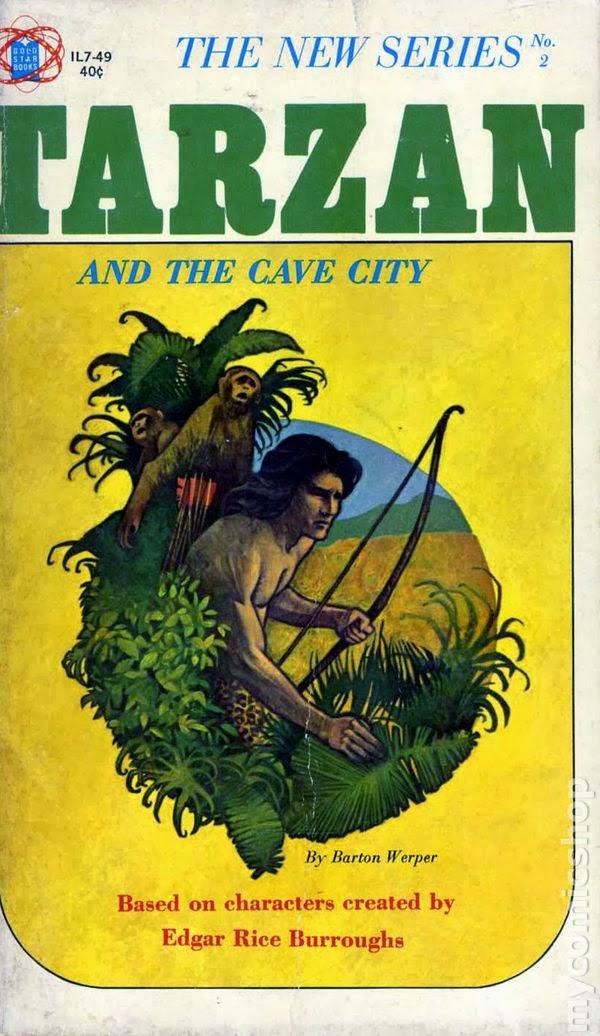 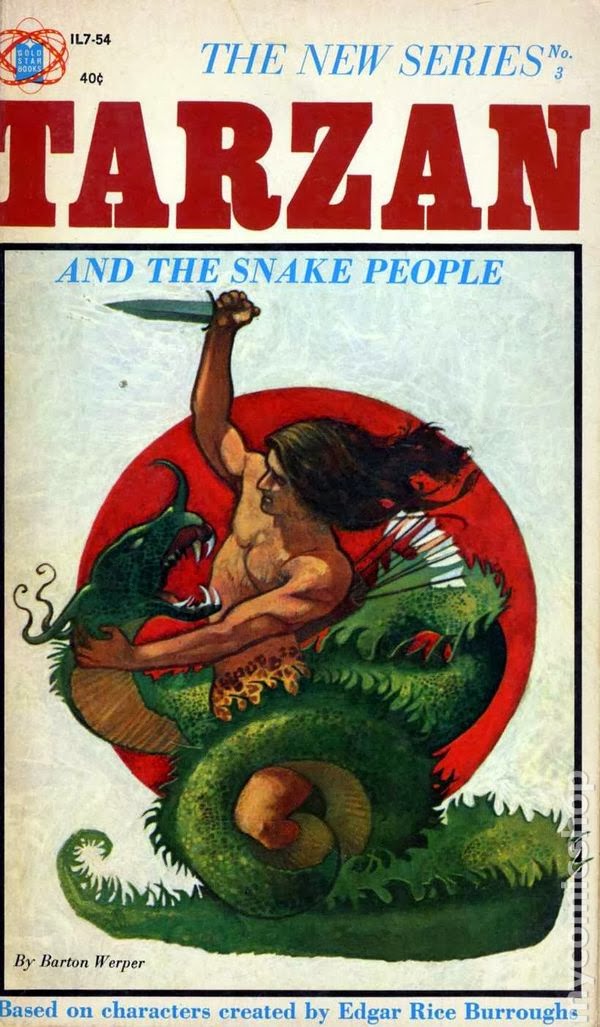 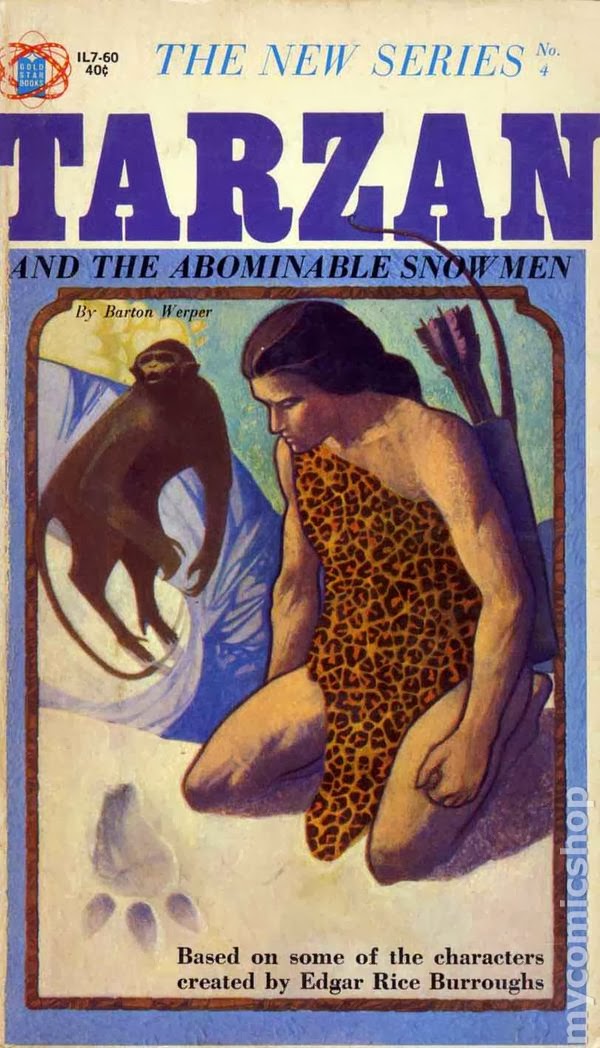 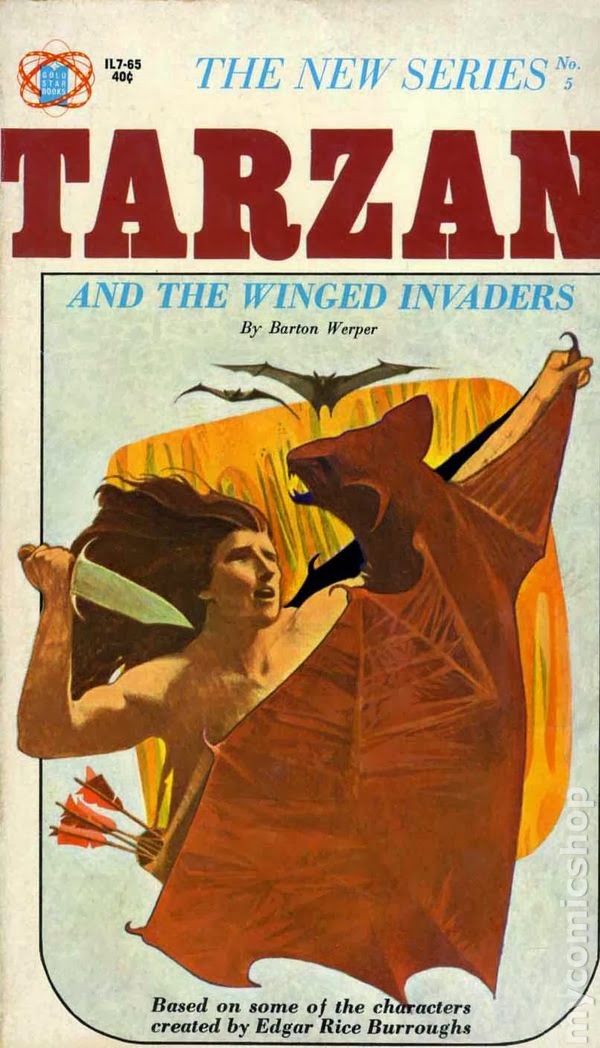 Note: At least one of these has been reprinted. More later this week.

Rip Off
Posted by Rip Jagger at 12:00 AM
Labels: Charlton Comics, Tarzan of the Apes