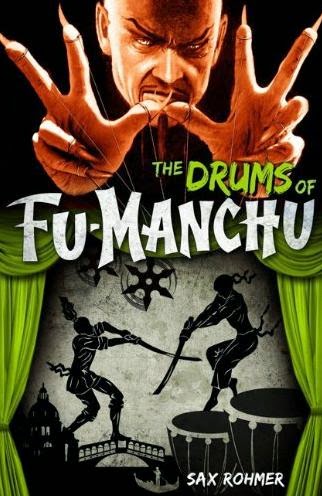 Sax Rohmer's "Devil Doctor", the infamous Dr. Fu-Manchu turns back up in 1939's The Drums of Fu-Manchu. This novel is a throwback of sorts, a return to the more episodic rhythm of the earlier tales. That makes some sense, since like all of the previous novels it was serialized, this one in Collier's, before being collected. But this one is not quite greater than the sum of its parts which have distinctive characteristics. 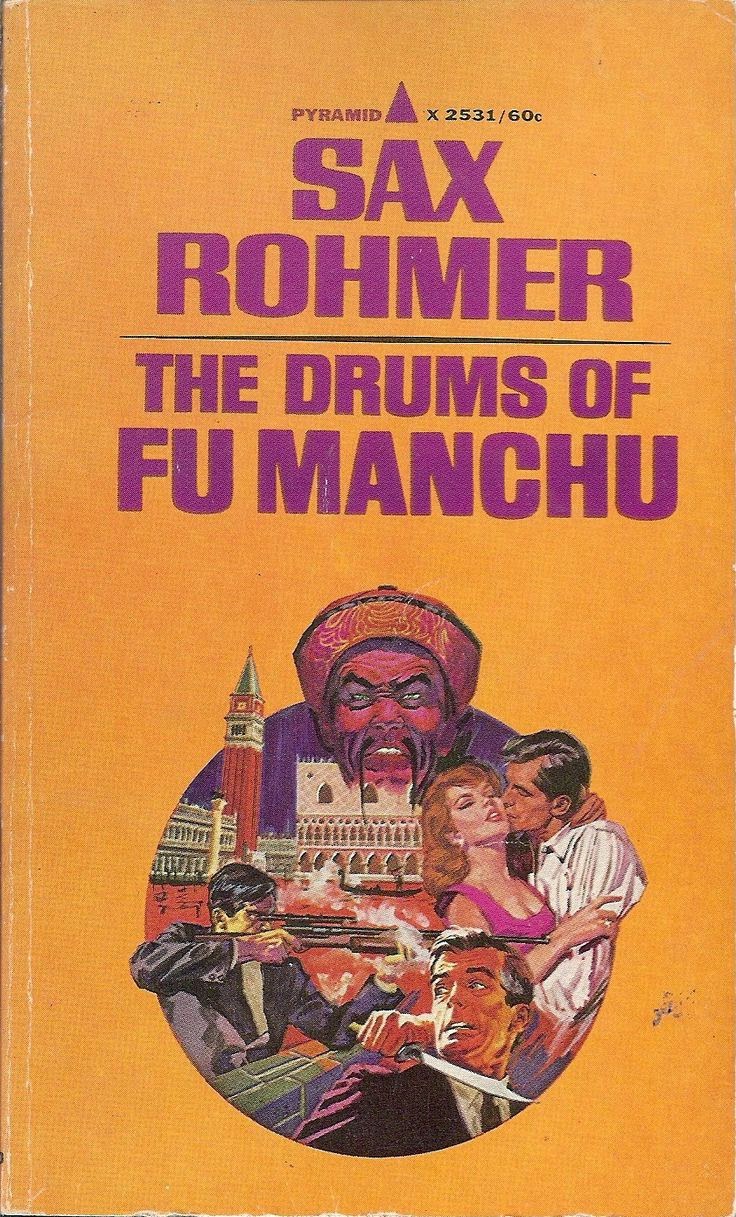 The story is pretty typical for a Fu-Manchu yarn. Our narrator, a new character named Bart Kerrigan meets Sir Nayland Smith in the midst of his never-ending struggle against the "Devil Doctor". It seems that Fu-Manchu's most recent scheme is to maintain world peace. That doesn't sound like a bad thing, except of course Fu-Manchu wants to have peace so that his own plans for world domination don't fall asunder while the despots and dictators of Europe are battling amongst themselves. To that end, Fu-Manchu has identified important leaders who he feels are the most specifically threatening to world peace and the Si-Fan sends each of them warnings to knock off whatever it is they are up to that's rocking the global boat or the will meet grisly ends. Each leader gets three warnings, the final one only hours before their demise. 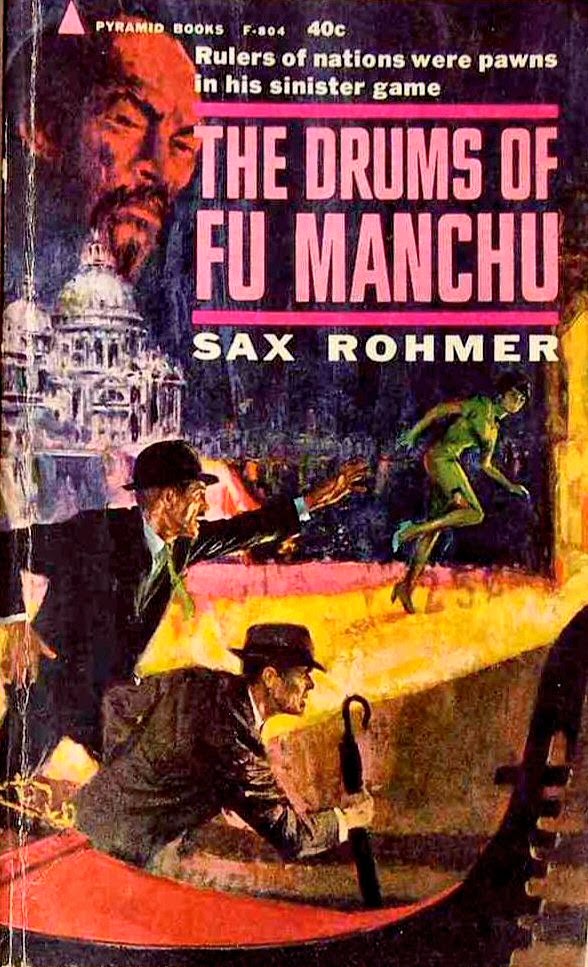 Sir Nayland and Bart roam around with Scotland Yard in tow trying to save first an arms manufacturer, then a rather familiar dictator, and so and so forth. It's weird to see recognizable Fascist leaders of the day (Hitler, Mussolini, and such) treated with relative respect in a narrative from the time. As bad as they might be, Fu-Manchu is always held up as worse. Rohmer gives "Rudolph Adlon" his Hitler stand-in quite a bit of good press actually. The story roams across Europe and sadly looses steam as it goes. The early installments were more exciting to me than the later ones. Bart, our narrator, does the typical thing in these yarns and falls head-over-heels in love with one of Fu-Manchu's henchwomen. We've seen this ruse so much it rather fell flat this time I think.

The story ends very abruptly, so be prepared for a quick stop. Apparently the narrative is picked up in the tenth novel, which is due out from Titan Books in a few months. I'm looking forward to it, because while this one wasn't as strong as the predecessors it was still a pretty wild ride. 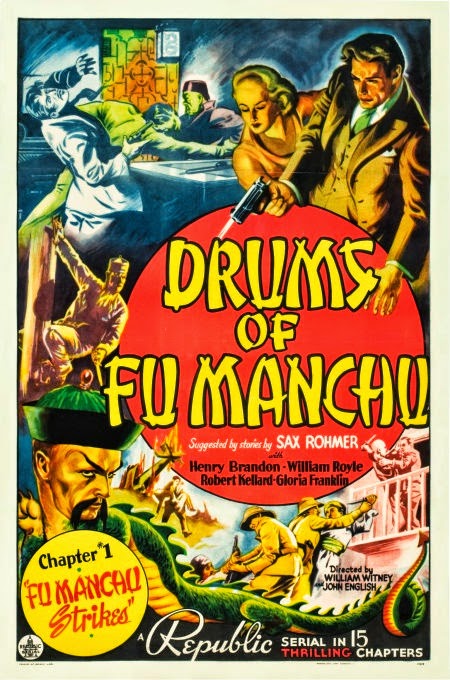 In 1940 there was a very good serial made using the title Drums of Fu Manchu, but this movie has not connection directly with the novel that I could detect.

Also included in this volume from Titan Books is a Nayland Smith short story from 1931 called "The Mark of the Monkey". This story with Smith and his original partner Dr.Petrie are in the moors where they are confronted with a murder. The setting was very evocative of the great Doyle classic Hound of the Baskervilles, and this one has a dog too. Neat little mystery.