The Gamera series had closed up shop fifteen years earlier, but was seen as ripe for revival in 1995. The first installment in what became a three-film series was titled Gamera: Guardian of the Universe and it did two things to help jumpstart the franchise. One it brought the advanced special effects available at the time to realize the might of a monster turtle and it brought a rich back story. Also surprising to me was the absolute seriousness of this enterprise. The goofball aspects of the Showa movies are largely abadoned here as we don't focus on kids but on young adults who find themselves woven into a fabric of story which begins when a mysterious floating atoll is found in the Pacific. This finding is soon followed by the grim discovery of three vicious Gyaos birds who prey on humans among other things. We learn of ancient prophesies and of ancient curses when the Gyaos become an every increasing threat to all of life on Earth and all that stands in the way is the might Gamera. This is a properly engaging monster romp with effects up to the task of selling the action. Great stuff. 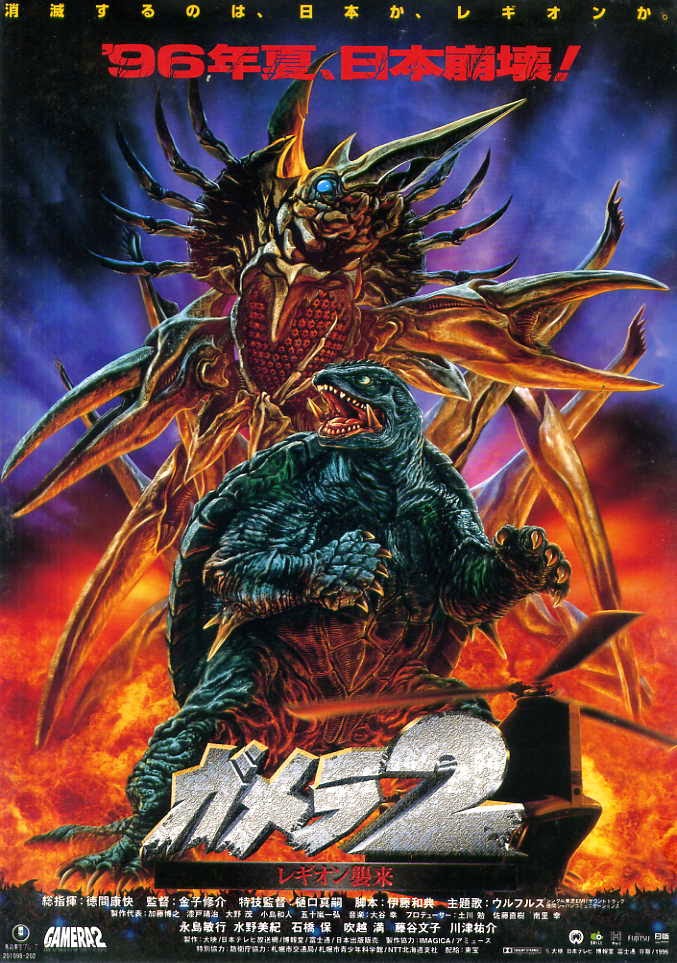 If anything, the 1996 sequel Gamera 2: Attack of Legion is better. Keeping the cast intact from the first movie, this one proceeds along the same timeline and has Gamera battling a full-fledged sci-fi menace from outer space. The science fiction in this one is outstanding and would've made a dandy movie even without the giant turtle hero, but adding him in does no harm at all. The action is intense and the sense that the fate of the planet relies on the outcome of Gamera's struggle to fight back against a menace which feeds off electromagnetic radiation and destroys whole cities to reproduce is even at times frightening. 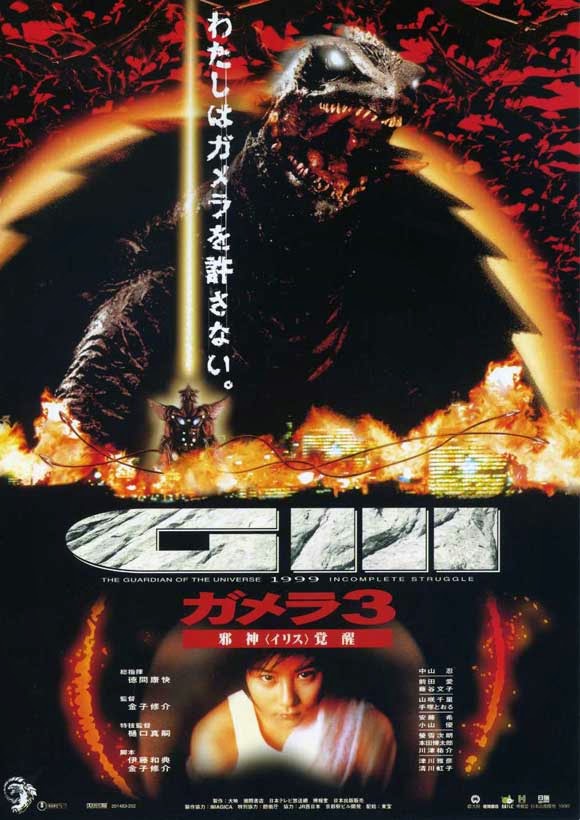 Finally we have Gamera 3: The Revenge of Iris from 1999. This one is a whopper of a movie, and follows up on one of the most compelling aspects of these Kaiju, even "good guy" ones like Gamera, what becomes of the people who survive the city-leveling battles. In this movie we meet Ayana a beautiful young woman who along with her younger brother were orphaned when Gamera destroyed their home and killed their parents in his 1995 battle with Gayos. Ayana hates Gamera and that hatred seethes within her. She finds an ancient guarded cave which hides a secret which allows her to find some measure of vengeance. That vengeance is the focus of this wonderful monster story that verges on true proper horror from time time. The whole notion of Gamera as a protector, especially of children is examined and we get a real sense of what it is like to suffer through a Kaiju event. More emotionally involving than the dandy Cloverfield, this one covered the territory first and with more respect to the genre.

These movies, all three directed by Shusuke Kaneko, form an utterly fascinating trilogy, three of the best monster movies I've ever seen. I've long heard that the Gamera movies were the best of the bunch, and after seeing this trilogy, I'd have to concur. 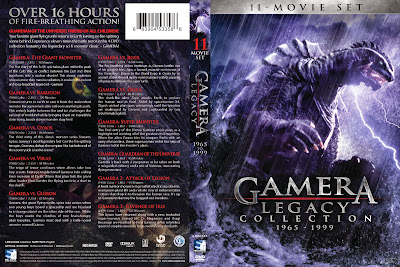 I give them the highest recommendation. This is a great collection.