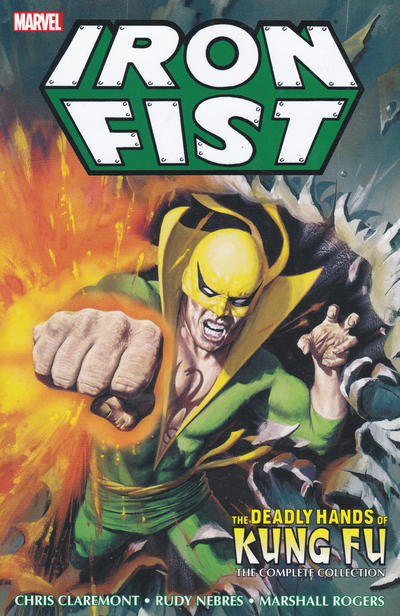 The early 70's was an era of black and white magazine expansion at Marvel. They'd had some success with monsters in titles like Dracula Lives and Tales of the Zombie among others. They'd had a runaway smash hit in Savage Sword of Conan. So it's perfectly logical they'd try out a magzine dedicated to the Kung Fu fad. So was born The Deadly Hands of Kung Fu. In many of the stories from that series Iron Fist played an important role. This volume collects those up plus some other stuff as well. 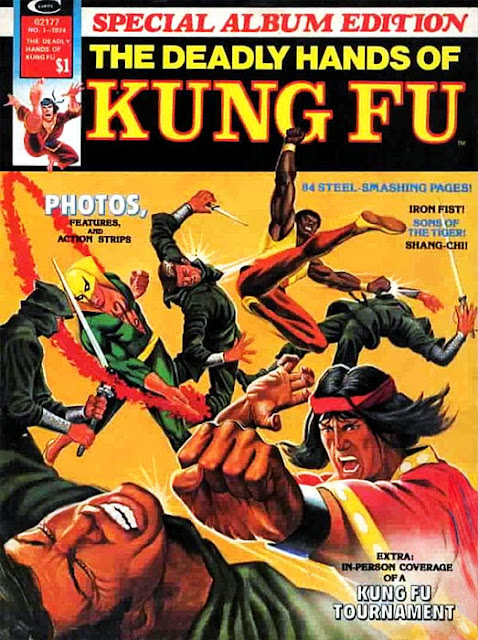 From The Deadly Hands of Kung Fu Special Album Edition we get a yarn with teams up in a manner of speaking Shang Chi, The Sons of the Dragon and Iron Fist. Each of the separate heroes gets a story which is part of a larger scheme concocted by Fu Manchu. Chapter one features Iron Fist in a story written by Doug Moench and drawn by martial arts comic legend Frank McLaughlin. Iron Fist is the character at Marvel the most like McLaughlin's Judomaster and these pages evoke that vintage Charlton comics. The second chapter is by Christ Claremont and Herb Trimpe and features the Sons of the Tiger (Lin Su, Bob Diamond, and Abe Brown), and the finale features Shang Chi in a story by Moench and artist Mike Vosburg. John Buscema supplies a page to the front and the back of this story about drug shipments and whatnot. 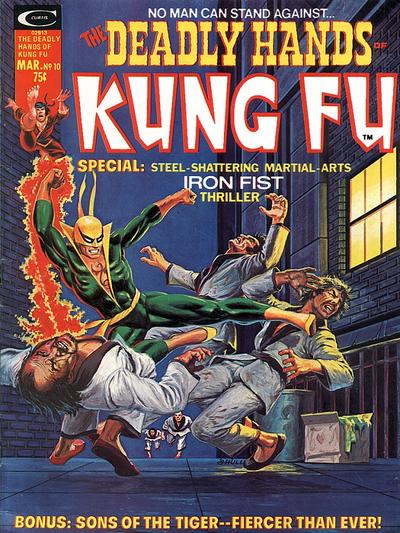 The tenth issue of DHoKF features another Iron Fist tale drawn by McLaughlin but this time inked by Rudy Nebres and sadly Nebres rather smothers McLaughlin's work. The story Claremont has Iron Fist fight an early version of the Steel Serpent, yet one more refugee from K'un-L'un. We are also treated to a reprise of Iron Fist's origin story by Moench and artist Don Perlin. This is useful since before Iron Fist's origin has been spread across the first four issues of his adventures. 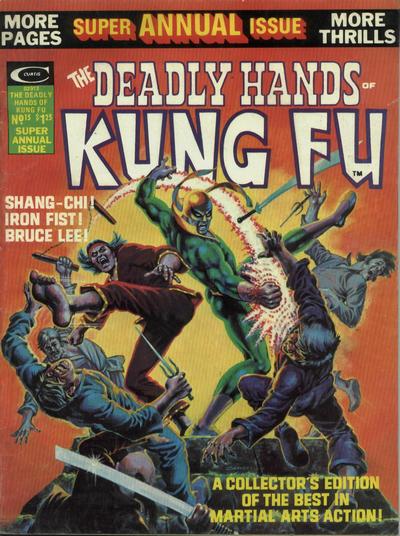 No new material inside this reprint annual, but that is a tasty Nick Cardy cover featuring Shang Chi and Iron Fist kicking butt. 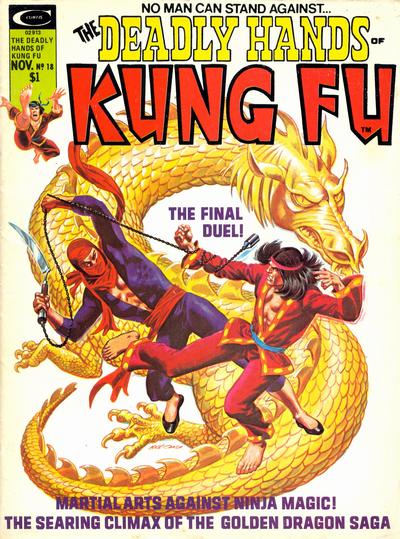 In a story by Bill Mantlo and artists Pat Broderick and Terry Austin Iron Fist actually meets the Sons of the Tiger as they battle a freakish villain named Snake-Eyes who uses his gang to try and steal a radioactive isotope from a hospital. 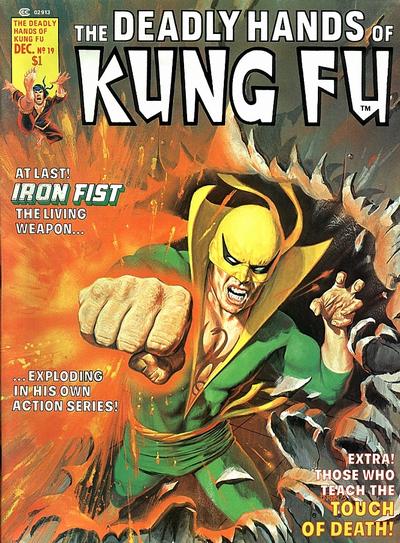 Chris Claremont is back to take the writing reins and Rudy Nebres is the artist for what is the beginning of a six-chapter story which has Iron Fist battle for the safety of a young woman named Jade who is set upon by a hostile crowd. 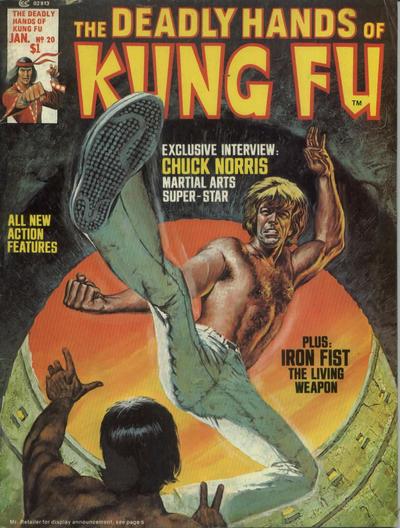 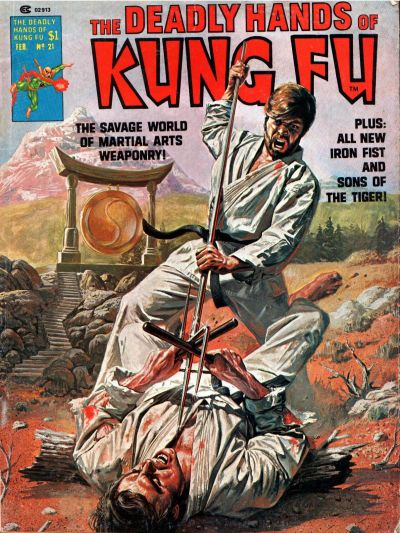 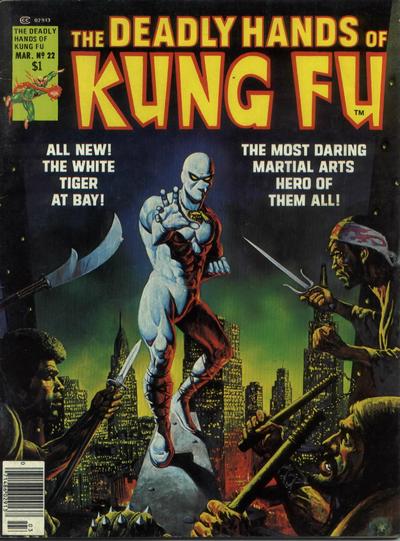 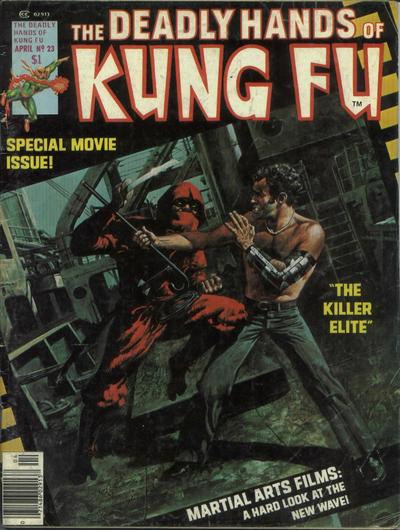 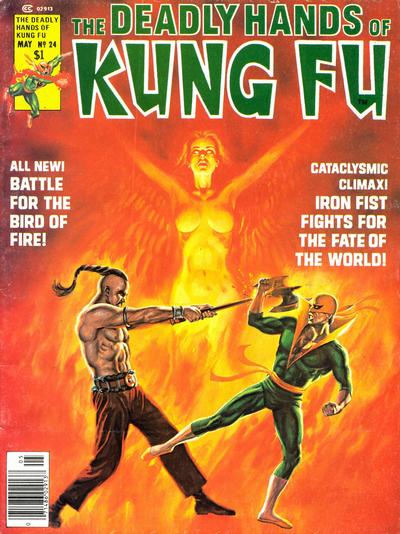 Over the course of six issues Iron Fist finds love and is drawn into a weird dimension where the dead of K'un-L'un reside. His mission is to save Jade's soul which has been stolen by an evil villain. To do that he must fight relentlessly against many foes including surprisingly his own mother. 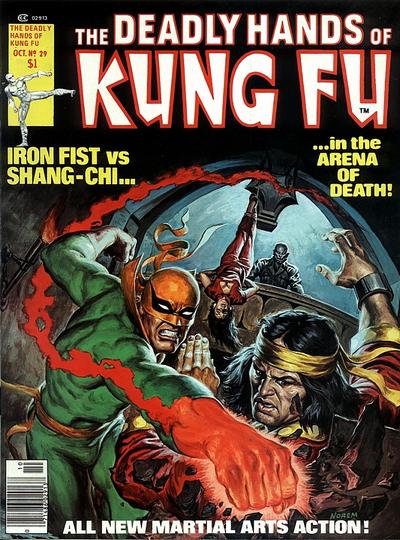 Doug Moench and artist Nebres team up Iron Fist and Shang Chi yet again as they battle against a baddie who is seeking to bring together forces to bring down Fu Manchu. It's all pretty complicated as they are forced to fight against one another in an arena. 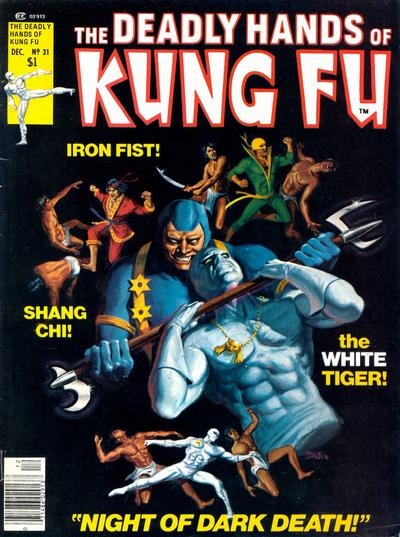 In a story primarily focused on The White Tiger (a hero who combined the amulets worn by the defunct Sons of the Tiger) Iron Fist joins forces with the Tiger as well as Shang Chi and new hero Jack of Hearts to battle the Corporation and its agent Stryke, in a ferocious battle on a ship. Joe Staton handles the artwork on this one with the writing handled by Bill Mantlo. 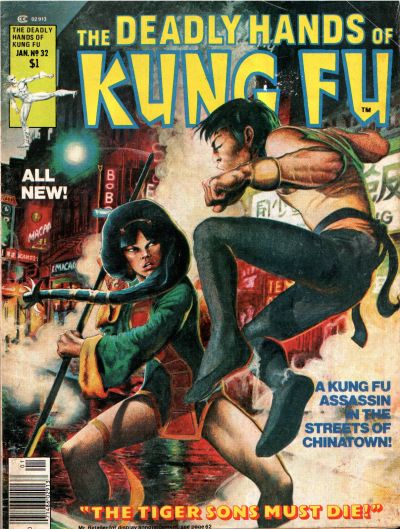 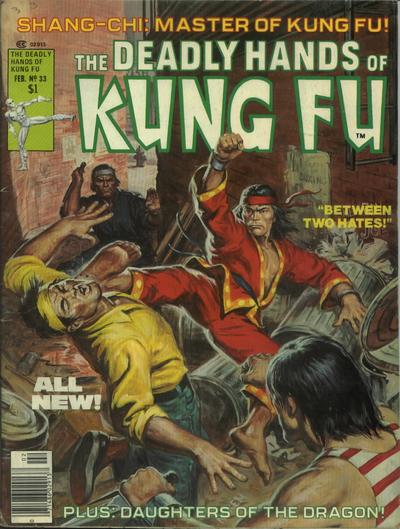 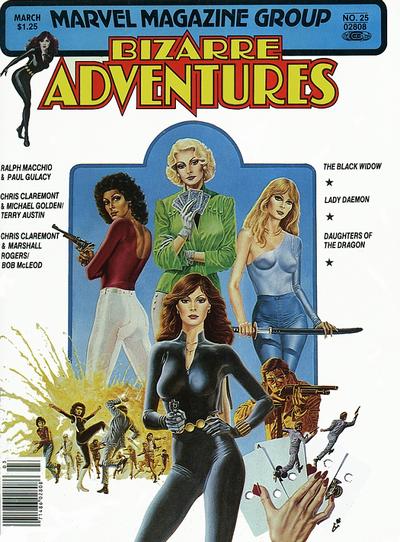 The last several stories in this collection feature Iron Fist characters Misty Knight and Colleen Wing, known collectively as Daughters of the Dragon. I took a look at those stories here not that long ago. 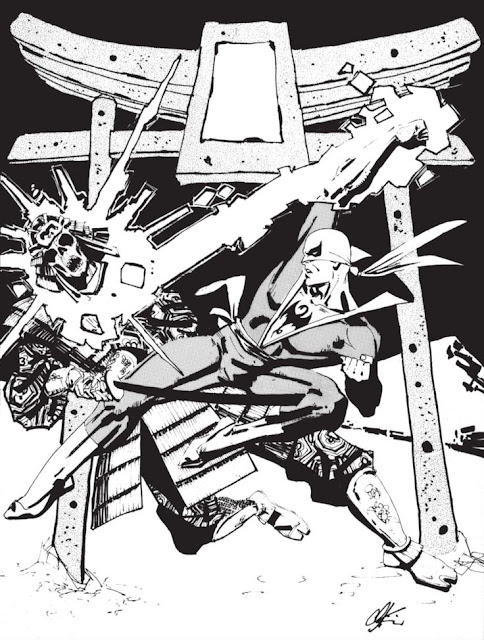 This is dandy little read. The core of it is the six-part tale which is not as good as it ought to be. I am a Rudy Nebres fan, but his storytelling was a bit exotic in this story which sprawled across dimensions regularly. The highlights of this collection are the Frank McLaughlin art on Iron Fist, the Joe Staton story (love his art always) and the Daughts of the Knight material.
Rip Off
Posted by Rip Jagger at 12:00 AM
Labels: Bob Larkin, Christ Claremont, Don Perlin, Frank McLaughlin, Herb Trimpe, Iron Fist, John Buscema, Marshall Rogers, Marvel Comics, Master of Kung Fu, Pat Broderick, Rudy Nebres