Beast With A Million Eyes! 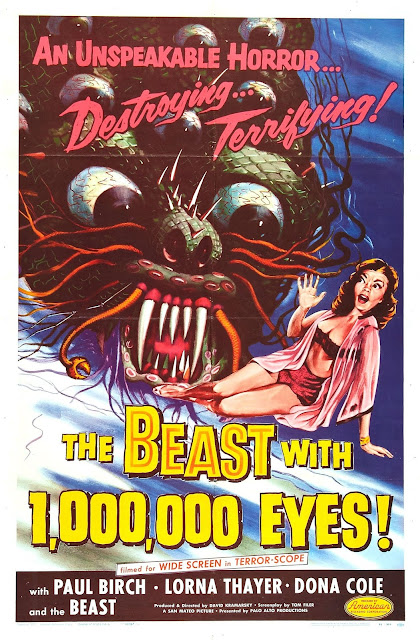 The Beast with 1,000,000 Eyes is a movie which tries to hit way above its average. The concept is really high but the production itself is so meager that even basic storytelling and coherence is often lost as the movie shambles along to a conclusion. 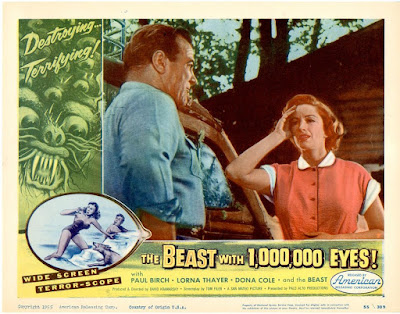 We meet a family, isolated on a failing date farm who seem to be at war with one another. The father feels the failure of the farm and it ways heavily as he tries to care for his grown daughter, a young woman ready for college and the outside world but who is stranded on something of a reverse oasis with only a German Shepherd for companionship though there is a boyfriend who pops up later. The mother is a wreck, feeling lost and aimless and old and jealous of the promise her daughter has before her and expressing bitterness to all. Then there's "Him", a mute giant of a man who lives alongside this family and works for them. The father says he's harmless, but the multitude of erotic pictures on his humble wall and his desire to watch the daughter when she's swimming suggests that he might not be so. 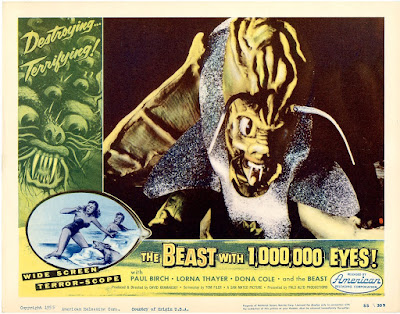 Into this domestic scene arrives a spaceship which embeds itself into a hole in the desert and begins to exert a control over the wildlife in the area. The influence is first detected when birds attack the father, then later an elderly neighbor has problems with his normally sedate milk cow. Finally the trusted pet dog attacks the Mom and she is forced to kill it. That brings the tension in the family to a head and they actually begin to bond as they slowly but steadily realize the enormity of the threat to them all. 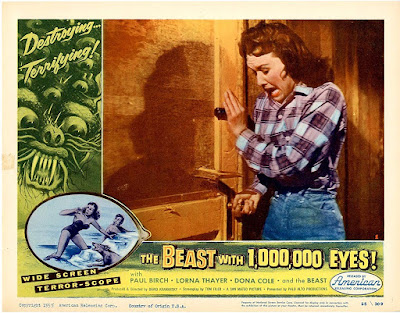 Now that sounds like it would be a humdinger of a movie and it would if there had been any more money for some better sets or better sound or better special effects for Paul Blaisdell in his first outing making a movie monster, or whatever. Also the editing is a disaster in many places and the story rambles along, holding interest in spite of the many defects. 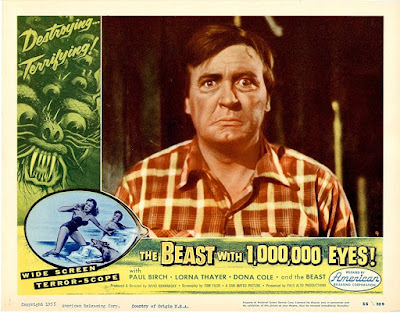 I cannot really recommend this one,but neither do I wish to dissuade you from watching. It's just on the edge of being a decent movie, it just barely misses the mark. 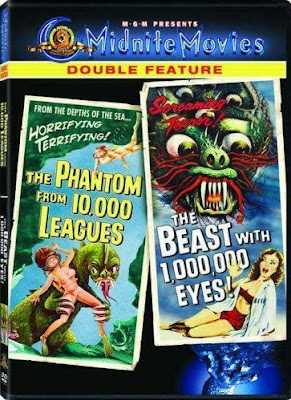