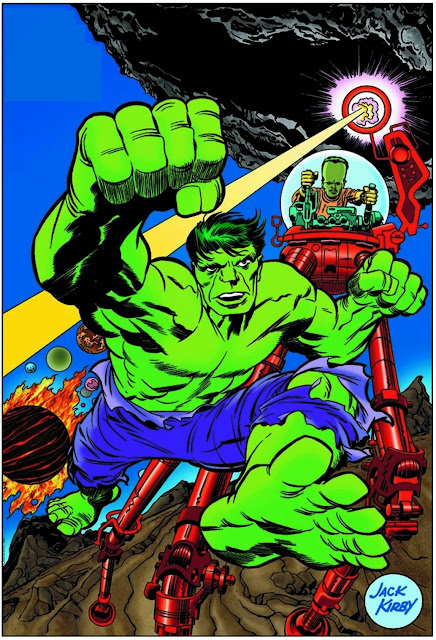 Here is the Hulk that broke the camel's back (so to speak). According to the lore, this poster of the Hulk in particular stuck in Jack Kirby's craw when after producing it and three others, two were pulled back so as to not make it a complete Kirby event. Later though, this poster was given to Herb Trimpe and he was instructed to mostly copy it giving certain aspects his own style. Kirby by reports was not miffed with Trimpe, who like Kirby was a cog in the machine, but at the company for having once again shown such disdain for the talent which was making them rich. Kirby would soon leave for DC.

Here is the original and the Trimpe variation as well. 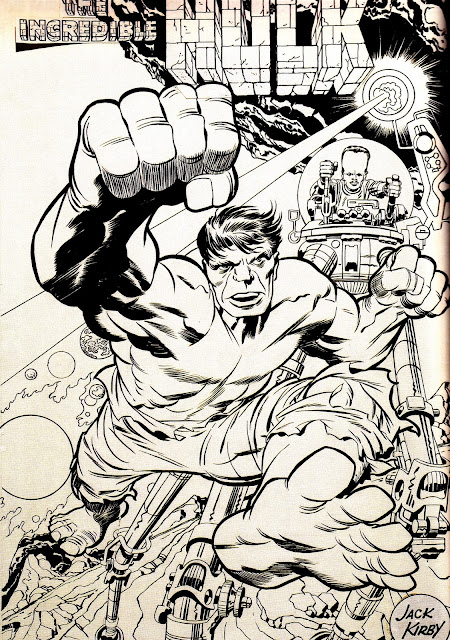 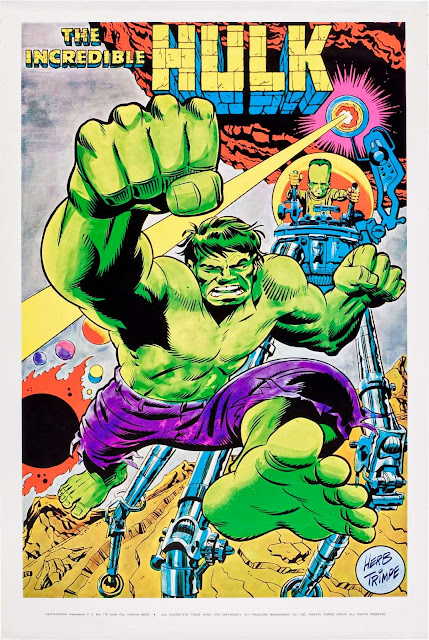