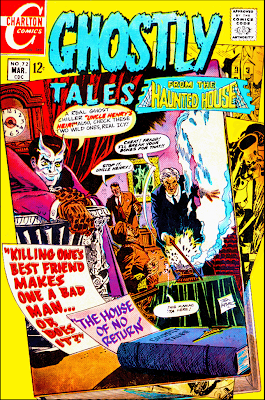 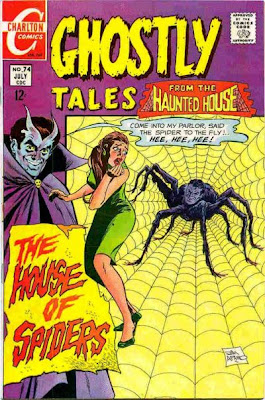 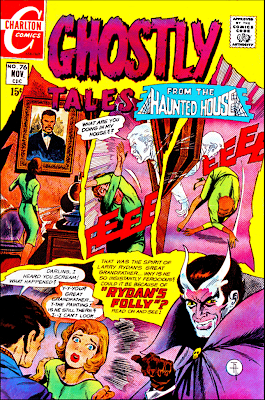 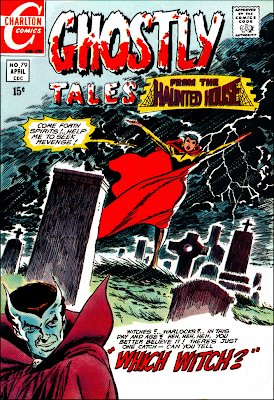 For a short time following the untimely death of Rocke Mastroserio, Jim Aparo was the go-to cover artist on Ghostly Tales. There was work by other greats like Pat Boyette and Steve Ditko, but during 1969 and 1970 Aparo did seven very striking covers.

All of his covers feature the comic's ghost host Mr. I. M. Dedd.
And Aparo gives his Mr.Dedd a rather heroic and handsome appearance, in contrast to the wizened old character Boyette rendered or Ditko's crazy old cackler, or even the crusty old character Rocke Mastroserio had originated. Aparo's Mr. Dedd is downright dashing.

On an extra note, the cover of issue #78 they even lifted Aparo's drawing of Mr.Dedd from issue #75 and fitted it over some vintage Steve Ditko work.