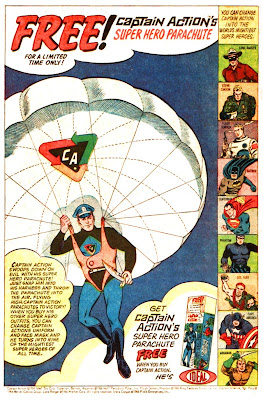 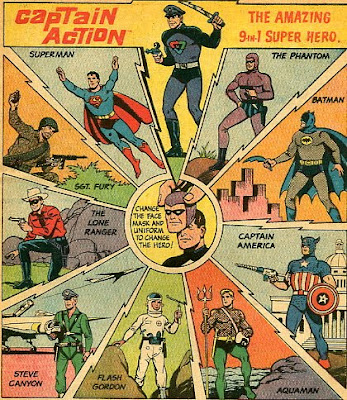 I never owned a Captain Action "doll" when I was lad. But I saw the ads and I wanted one. Around Christmas, thoughts often turn to past holidays and some of the great presents. I got some dandys, but alas I never owned a Captain Action. I've thought about getting one of the re-released figures, but then I don't know what I'd do with it, other than have it. Seems a waste of money at this point. 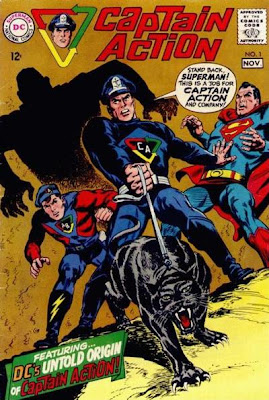 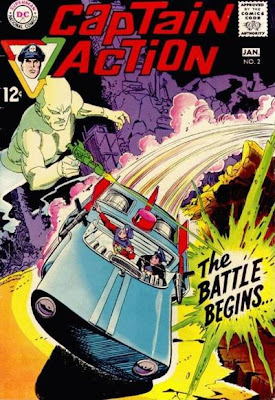 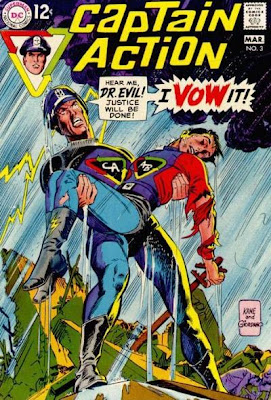 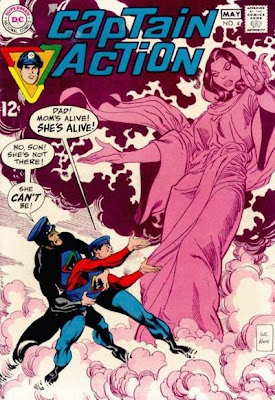 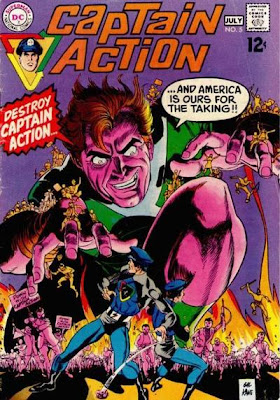 But I did get the great DC comics a few years ago. I was at a smaller comic book convention in Lexington, Kentucky and I found the full run between two different dealers. It was a wee bit of change, but I popped for them and have never regretted the purchases. The artwork by Wally Wood in the debut issue under a dynamic cover from the underrated Irv Novick, and the masterful work of Gil Kane in the subsequent issues makes it a lush and inviting story. The comics have a strange modern feel to them even today, despite their distinct late 60's timeliness.These comics are Gil Kane at this best. 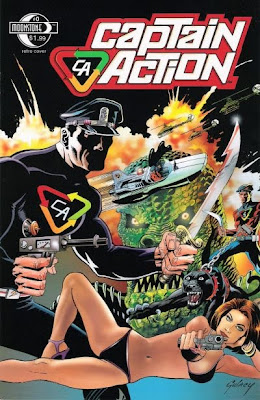 I've tried the new series from Moonstone, and while I'm a fan of some of their efforts, the Captain Action stuff has been tepid at best. I think the first storyline was broken into too small chapters. The backup stories of Captain Action in other eras were better, but I had to knock this one off the get list. That's despite some really excellent retro-covers they've been offering by the likes of Paul Gulacy, Ed Hannigan, Dick Giordano, and others. I wish the interiors were as strong as the covers. Sigh.