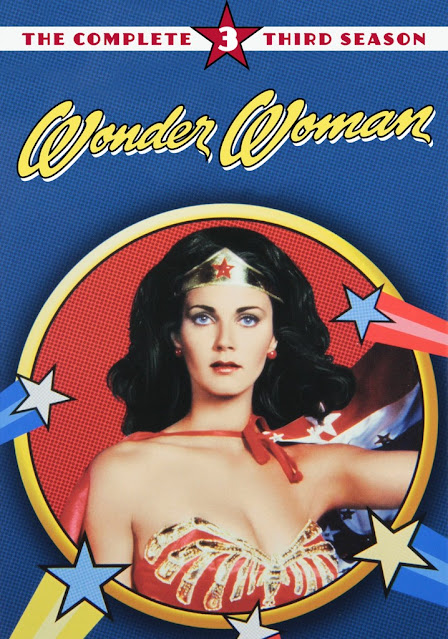 Superman ruled the 1950's! Batman kayoed the 1960's! And Wonder Woman wowed the 1970's. Lynda Carter's portrayal of the William Moulton Marston creation from the 1940's was iconic. Alas the show around her distinctive and memorable portrayal was less so. The first season hued close to the comics, setting the story in the World War II era and giving us comic book captions to transition between scenes even. Diana Prince worked for the military and for the man she fancied, one Steve Trevor. Even the redoubtable Etta Candy got some airtime. But then when the showed shifted from ABC to CBS the setting was shunted forward to the then modern 1970's. At first things were okay with Wonder Woman helping the next generation of Trevor's fight world-beating threats as part of an espionage outfit reporting directly to the President. Then slowly things continued to change, some a result of new producers taking the helm. 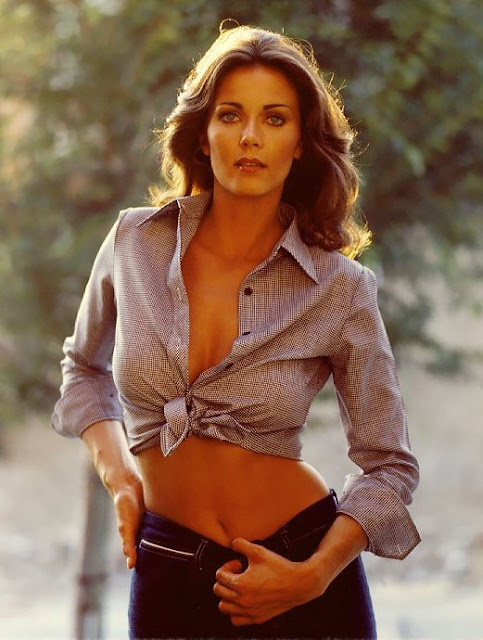 The comic book touches disappeared, the captions lasting a bit longer than the four-color credits. Then slowly but inevitably Steve Trevor became less and less significant. Trevor's airtime was given over to new gadgets like the I.R.A.C. computer and his little mobile buddy "Rover". While based in Washington D.C., Diana began to roam far and wide to battle threats as momentous as alien invasions and as small as corporate embezzlers. The Amazons faded away until by the third season they were never mentioned to my memory. Diana became less and less concerned with her secret identity, transforming in more and more open areas until finally she was seen. The third season also saw new music at the front of the show which reflected the noxious Disco scene which swallowed pop culture for a time. 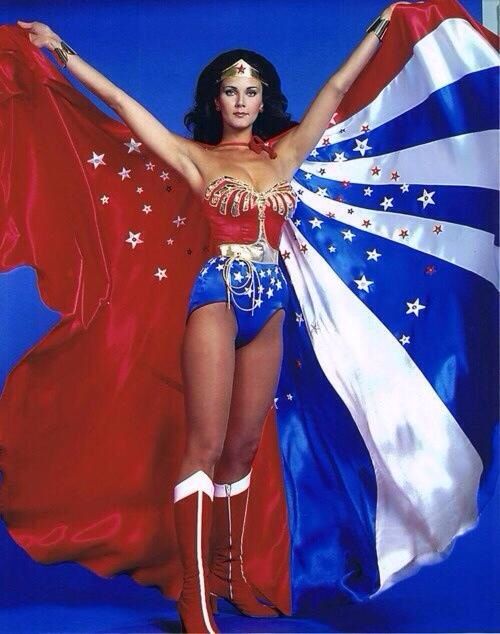 Science fiction seemed always to be near the writers' minds in the show with several episodes evoking classic sci-fi classics. Andros who appeared in both the first and second season (played by different actors) is more than a bit similar to Klaatu from the classic The Day the Earth Stood Still.  There is even one episode which had naught to do with aliens which used the title "Farewell to the Master", the title of the story which inspired the movie. Another show elicited memories of War of the Worlds, specifically the notorious radio play, when a hoax invasion was staged to bring out nuclear chaos. One truly weird episode had a woman who was transformed into a creature who could control ants. A strong episode in the second season gave the viewer a cloned Hitler even. 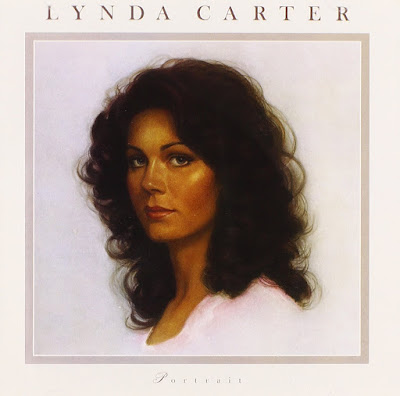 Clearly it was decided that the less Wonder Woman looked and felt like a comic book come to life on the small screen then the more the admittedly tepid ratings would increase. Superman starring George Reeves lasted nearly a decade, while Batman starring Adam West burned hot but out quickly in only two. By the third season it was clear that Wonder Woman was fading away and so in what was the last episode made (but not shown) there were changes made for the proposed upcoming fourth season. The writers sadly reached into their bag of TV cliches and made the show even worse. Lyle Waggoner's personable Steve Trevor was out, and a new boss was added who was blustery and disagreeable, a Lou Grant for Diana Prince to contend with. Diana for her part moved to Los Angeles giving away the specialness of the D.C. setting. Apparently even a partner of sorts was proposed when an "Invincible Man" was introduced as well. He came with (gasp) an invincible chimp. Worst of all was "T. Burton Phipps III", a stereotypical black kid who was a hustler, a low-grade pimp who traded in Hostess Twinkies and other snack treats for the busy office worker. 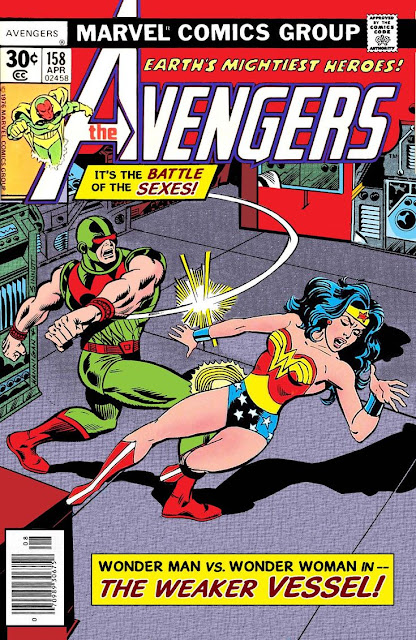 The invincible man was to be Brett Cassidy and his origin was startling in that he was a normal human who was made indestructible and given above normal strength by means of an illegal experiment conducted by a madman with more than a sniff of the Nazi about him. He was for all intents and purposes identical in form to Wonder Man, the Marvel hero created by Baron Zemo. I have to admit the idea of Wonder Woman teaming with "Wonder Man" in the fourth season is a tad intriguing but in the final analysis it's likely good for everyone that the show was mercifully put down before the fourth season could develop.
Rip Off
Posted by Rip Jagger at 12:00 AM
Labels: Lynda Carter, Superhero Television, Wonder Woman 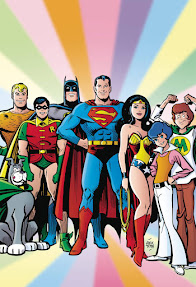 The "REAL" HALL Of JUSTICE!

TAKE A LOOK At UNION TERMINAL in CINCINNATI, OHIO!