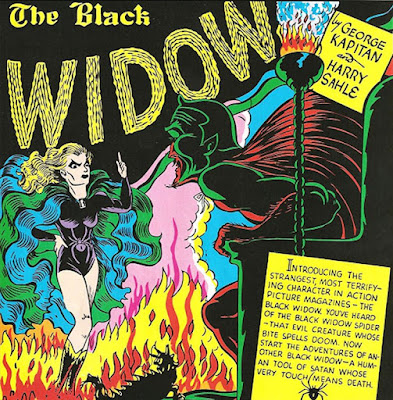 The "Falcon", the "Vision", the "Angel", the "Whizzer", and even the "Human Torch". These are all names of vintage Golden Age Timely heroes who had their names lifted for Silver Age counterparts who were at times mostly different. (Following the model developed with great success by Julie Schwartz at DC.)  Another bygone name in this bunch was the "Black Widow", a strange, dour and grim character who dealt with the wicked of this world in service to Satan himself. 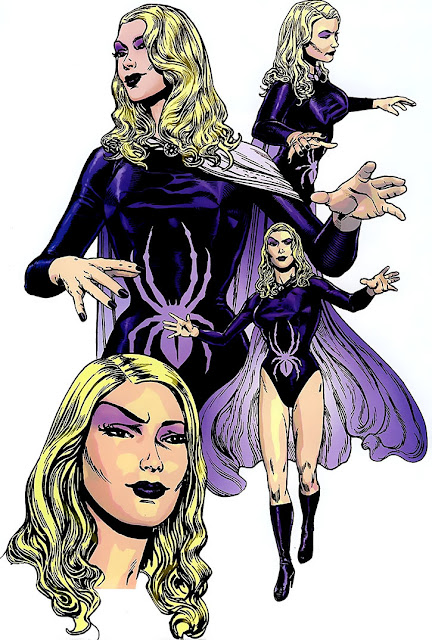 Madame Claire Voyant is a medium who is murdered after she predicted the death of a woman in an accident. The woman's lover was miffed and took Voyant's life. But Satan himself shows up and snatches up Madame Voyant and takes her to Hell. There he imbues her with ghastly powers including a deathly touch so that she can go back to Earth and get vengeance on her murderer. She does so but then awaits further orders from her new master, Satan himself. It's a brisk and energetic story in the vintage Golden Age style. And for a long time the Black Widow was a forgotten character. 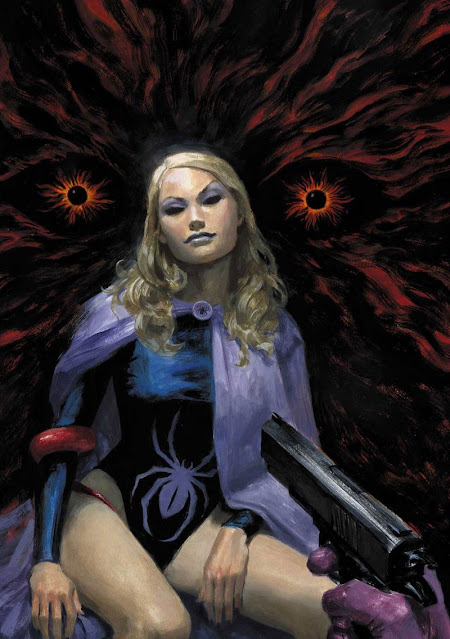 She is revived so to speak in the limited series The Twelve in which she joined eleven other obscure Timely heroes, all given another chance at newsstand glory. It's pretty compelling storyby Michael Straczynski and Chris Weston. We learn that Claire had a sister Debbie and in this amended origin it is the murder of Debbie which causes her to seek supernatural assistance in gaining revenge on the murderer, a man deemed untouchable by society. 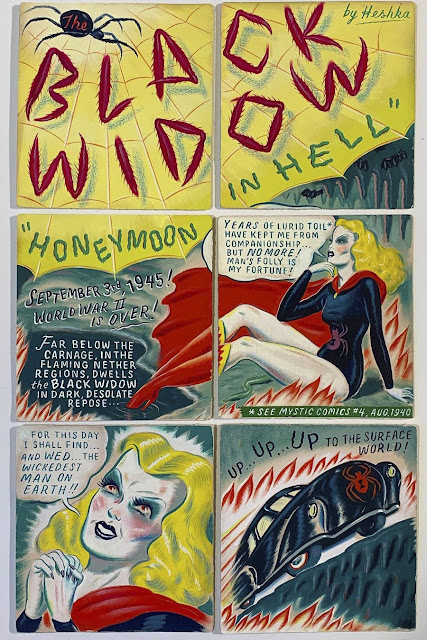 There is even a "new" Black Widow story available right now in the trade Marvel featuring the work of Alex Ross among many others. One of those "others" is Ryan Heshka who provides a compelling version of the Golden Age Black Widow in a little four-page story from Marvel #3. 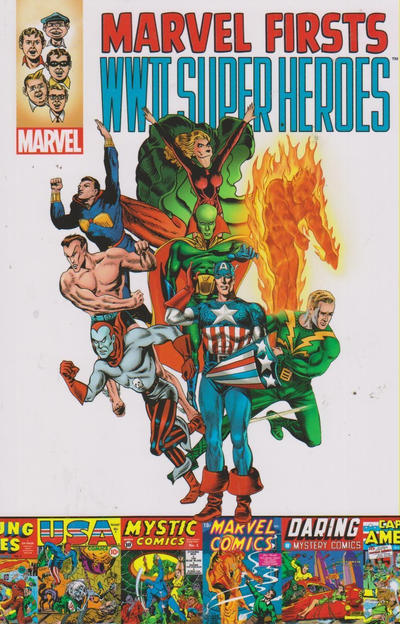 You can find the debut story of the Golden Age Black Widow in Marvel Firsts: WWII Super Heroes. Marvel took the name but not the character and gave it new life in the Silver Age. More on that tomorrow.
Rip Off
Posted by Rip Jagger at 12:00 AM
Labels: Black Widow, Chris Weston, Timely Comics